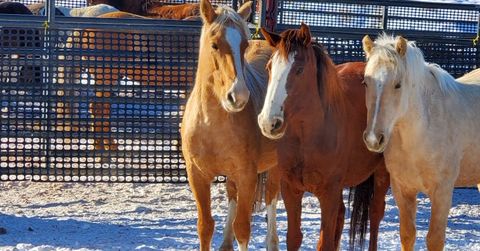 SALT LAKE CITY – Nearly 300 abandoned, stray, or pesky horses were removed from public land in Uintah County over a five-day period this month, most of them reunited with their rightful owners.

The Uintah Animal Control and Special Service District, authorized by Uintah County executive order, partnered with a licensed horse collection company this month to conduct the animal removal, with 296 animals successfully picked up.

None had to be euthanized, although some of the animals had cuts and scratches that were medically treated, according to district executive director Christina Williams.

“Our first series of meetings was very successful,” said Williams. “We exceeded our goal of 175 horses.”

Most horses that are not “wild” or under the Bureau of Land Management have been concentrated in the area between State Route 40, SR 45 and the Green River. Some have also been found along Seep Ridge Road, Glen Ridge Road, and in the Ouray National Wildlife Refuge.

Eighteen of the animals remain in the custody of the district until the results of the test results for infectious anemia in the horses are available. Their owners have been identified, Williams said.

Another 278 animals were claimed by their owner and passed state trademark inspector requirements before being transported out of the state.

Williams stressed that the animals are not wild and that all BLM horses in the area were “wiped out” about 21 years ago. 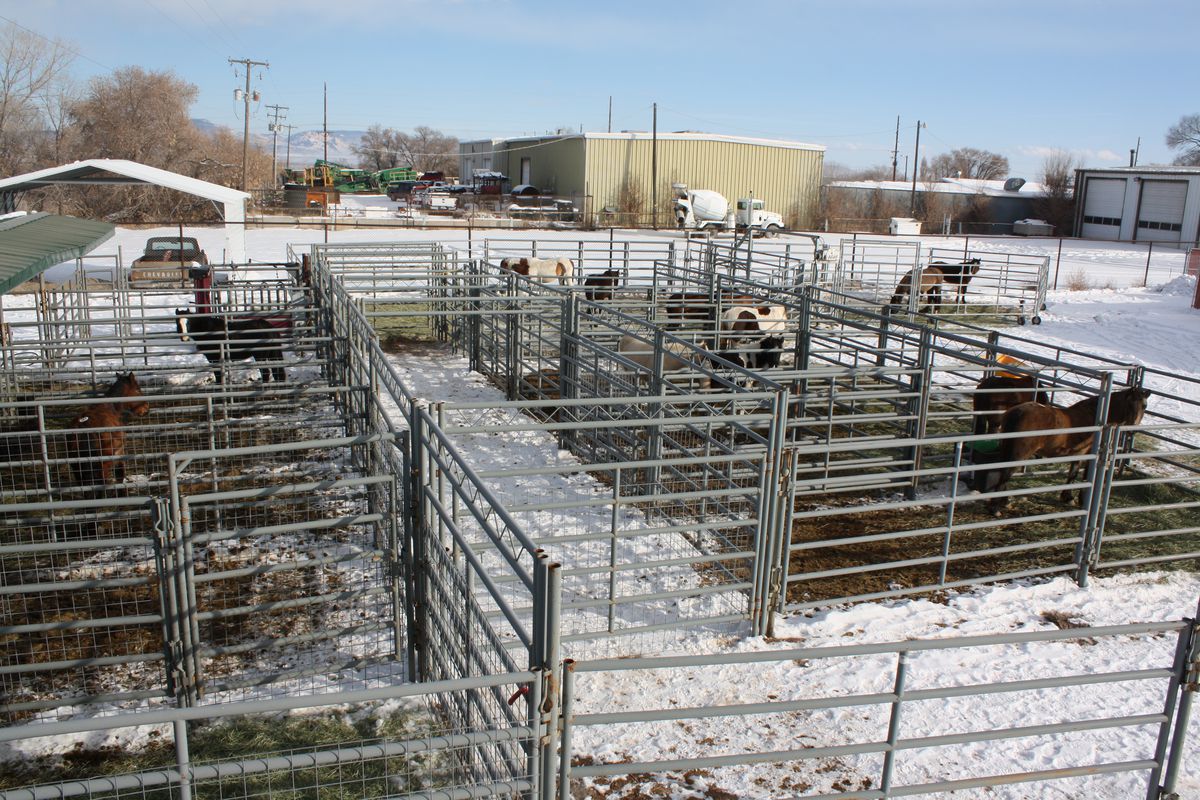 Stray horses are pictured after a gathering in Uintah County, Corrals in January 2020. The horses were gathered to reunite the animals with their own and to reduce the risks to public safety. Uintah Animal Control & Shelter Special Service District

Over time, these horses have increased in population and wandered on roads where vehicle collisions and other public safety threats have occurred.

Williams said the district plans to work with the contractor to “bait” stragglers and more meetings are planned this year. At the time when the district issued the implementing regulation, there were up to 500 horses in the project area.