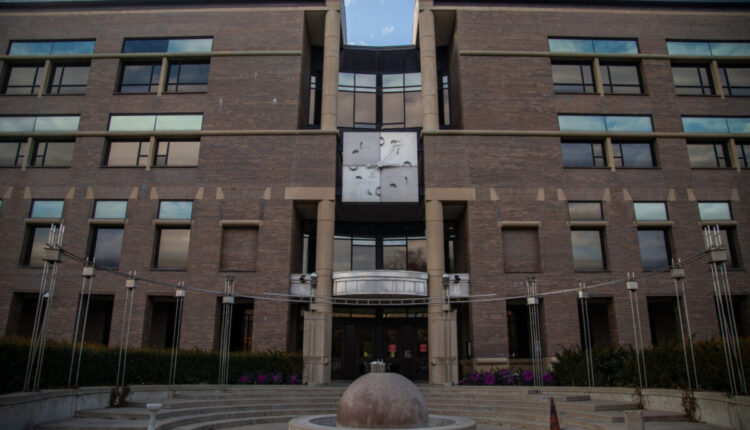 The 2nd District Court can be seen in downtown Ogden on Friday, November 15, 2019.

OGDEN – In the case of a man accused of attempting to kidnap an 11-year-old girl from a school playground in Ogden, Jan.

Defense attorney Roy Cole said Monday in the 2nd District Court that a plea deal for Ira Cox-Berry, 41, was in the works.

About 20 children were nearby in the Lincoln Elementary School playground when Cox-Berry took the girl by the arm, prompting a school employee to challenge him to bring the girl and lead the children inside, according to indictment documents.

After Cox-Berry allegedly smashed a school window, another school employee showed up with a gun to confront Cox-Berry. Police arrived and arrested Cox-Berry after a fight.

Police said Cox-Berry appeared to be drunk on narcotics and that the girl involved and Cox-Berry did not know each other.

Judge Camille Neider scheduled another hearing for October 18th. Cox-Berry is being held in the Weber County Jail without bail.