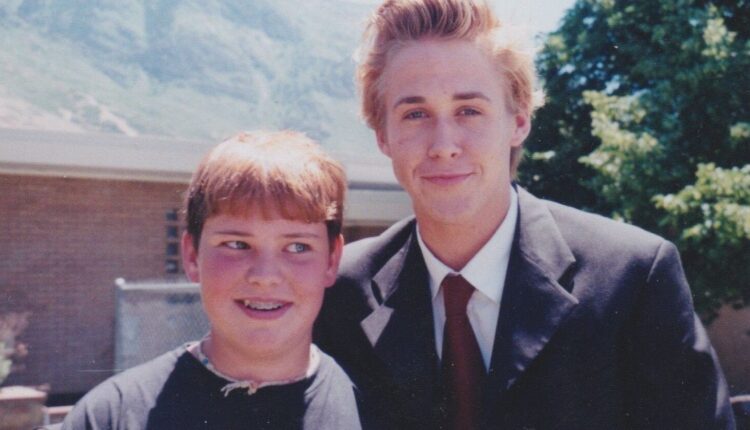 Of course it wasn’t.

Why would Stanley Tucci be in the Salt Lake City Trader Joe’s? Why would he be wearing an Old Navy T-shirt? And transition lenses?

In 1998, a classmate spotted Ryan Gosling at the Provo Missionary Training Center — they had a mutual friend leaving for his mission, or so the lore goes — and it was the most exciting thing that happened to our graduating class in all of teendom.

Jamie Robinson posing next to Ryan Gosling outside of the Provo Missionary Training Center.

For most of the year, these encounters are tragically rare for us Utahns given we arguably have all of one celebrity — Post Malone — who lives here full time, and very few who pop up at the MTC.

But, for two weeks a year, Sundance comes to town and our celebrity sighting cups are filled.

Every winter, stars descend on the state for the globally renowned film festival. The Hollywood elites are easily recognizable first and foremost for their otherwordly sartorial choices. 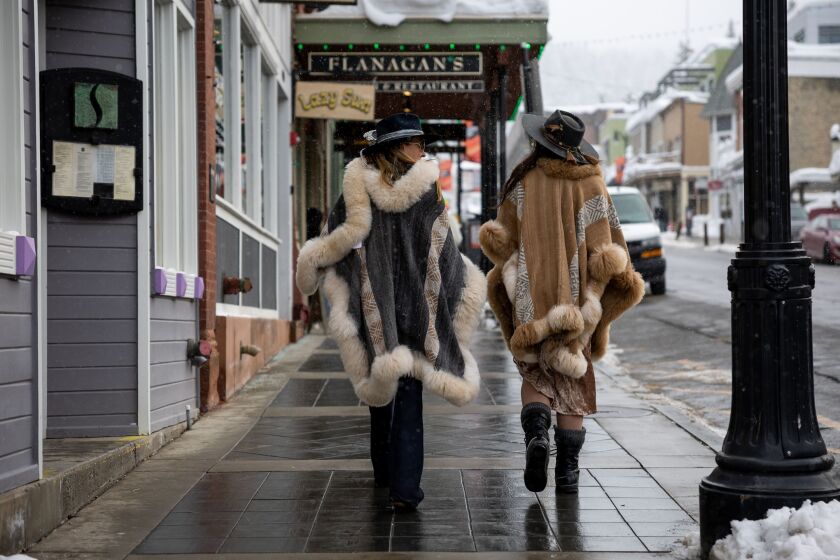 People walk on Main Street on the opening day of the Sundance Film Festival in Park City on Thursday, Jan. 19, 2023.

Most of us who live here have been wearing the same ski jacket for the past decade. If we’re feeling fancy or headed to a funeral, we might don the three-years-past-due-for-drycleaning pea coat pulled from the back of the hall closet, with some mismatched cotton gloves and a threadbare beanie.

But the rich and famous visitors strolling Main Street pull out all the outerwear stops, and reliably nail the sleek, apres ski vibe. And should a visitor forget to pack their favorite fur or bowler hat, they need not fear. Park City boasts a number of luxury stores that sell $6,000 parkas and $1,500 fedoras.

One might be tempted to try and replicate the look of a celebrity, but this is ill-advised. A normal person’s attempt at western chic will AT BEST read like “The Beverly Hillbillies Take Antarctica.”

Once a celebrity is identified, a spotter has a few choices. They can observe, mentally mark the sighting as a birdwatcher might mark a whooping crane in their field guide, and tell friends and family later. This option is the most respectful to celebrities, but by choosing it, one runs the risk of not being believed. Who will buy that you saw Nicole Kidman outside the Patagonia store if you don’t have proof?

The second option is to ask for a photo. This can be annoying to celebrities, based both on how pressed for time they are and their level of fame (1998 Ryan Gosling was not yet an A-lister, and was likely thrilled to be photographed at the MTC. 2023 Ryan Gosling, however, is likely asked for photos all the time and less enthused when it happens). While you run the risk of being a pest, you will have definite proof that the meeting occurred.

Here’s the proof of a friend provided after he met Paris Hilton: 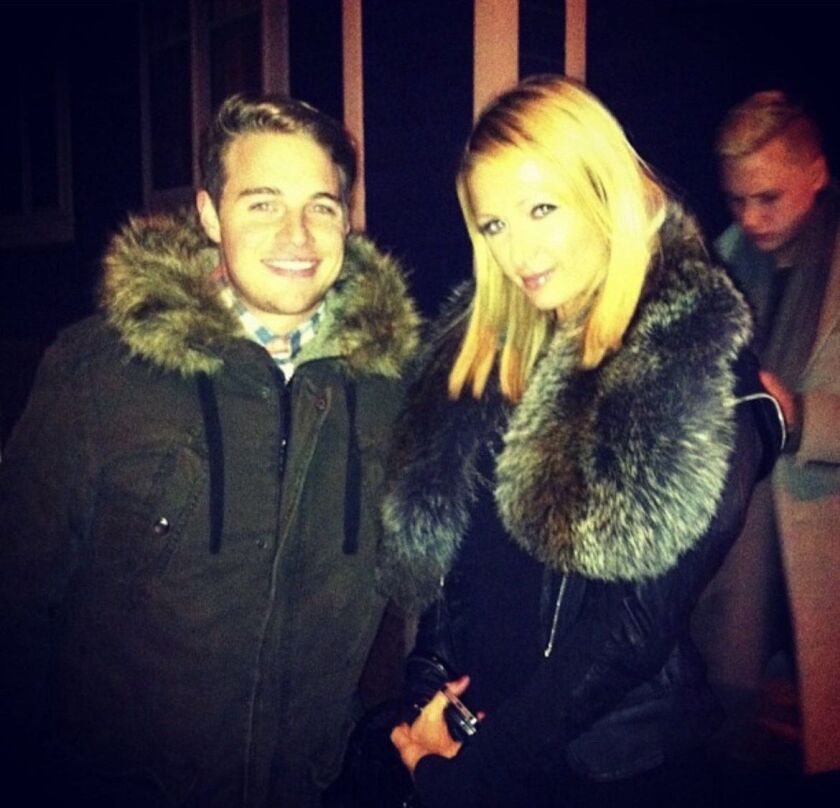 David Kader has a photo taken with actress Paris Hilton.

The third option is to try and make a new friend with the spotted celebrity. I cannot issue a strong enough warning against this path after having foolishly tread it in my own past.

I had met Joseph Gordon Leavitt — star of “Inception” and some “Batman” movies — years prior at a dinner. At that point in time JGL had not starred in any blockbusters and was at a Ryan-Gosling-at-the-MTC level of fame, having had a supporting role in the sitcom “Third Rock From the Sun.” We had a pleasant enough conversation around a dinner table with a number of other guests, and he seemed appreciative when I mentioned his work in “Third Rock.”

In the years following, his stardom increased exponentially, and his movie “500 Days of Summer” was the breakout hit of Sundance 2009. A friend offered me tickets to the screening and a Q&A with the cast.

As Leavitt took questions from the audience, I thought he and I had a moment of sustained eye contact. “He must remember me,” I told myself with blinding confidence. The Q&A concluded, and the attendees filtered out of the screening room, while the cast and director remained on stage. “I’m going to talk to him,” I told my friend who gave an encourage nod, because she hates me I guess.

So I lingered until the filmmakers made their way off the stage, and my heart raced as Leavitt walked toward me. I stepped out in front of him and said, “Hey! We had dinner together a few years ago! Remember?” He responded with wide eyes, a confused head tilt, a step to the side, and a quickened pace toward the exit.

My face turned a shade of crimson, and I turned to find my friend bent over in hysterics, tears of laughter rolling down her face.

Some might have more success than I and make a celebrity friend for life. But as for me and mine, we’ll be photographing celebs or celeb doppelgangers from a safe distance from across the aisle at Trader Joe’s.

Semi crash on I-80 in Tooele County