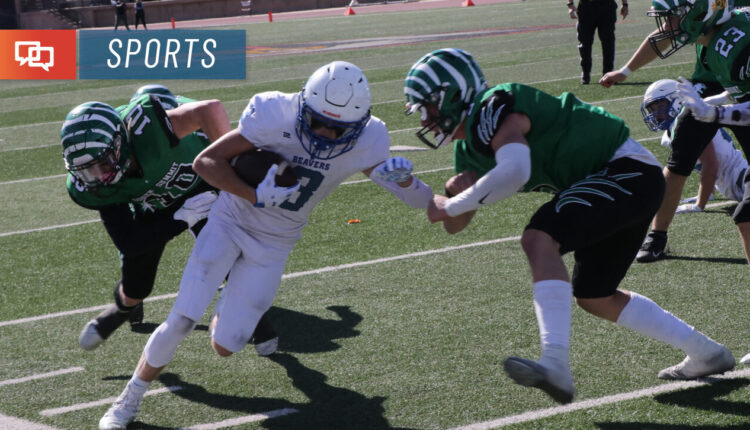 CEDAR CITY – Beaver High School’s bid for a third straight football title fell short on Saturday afternoon when the Beavers fell 34-21 in a 2A championship game at Weber State University in Ogden against the San Juan Broncos.

The teams entered the title game with identical 11-1 records. Beaver’s only regular season loss was an 8-0 loss to San Juan on October 8, which ended the Beavers’ 34-game winning streak.

Both teams had semi-finals last Saturday at Cedar City, Beaver coming from behind to beat South Summit 21-14 and San Juan defeating Summit Academy 60-35 on November 6th.

In Saturday’s championship game, San Juan scored two touchdowns in each of the first two quarters, taking them 26-0 up at halftime. Beaver finally hit the scoreboard with a 7-yard run from Jayton Jessup in the middle of the third quarter, but San Juan responded with another TD a few minutes later. Jessup scored two more roaring TDs for Beaver late in the fourth round to explain the final lead.

As the high school fall sports season draws to a close, the following are brief summaries of how Southern Utah 3A, 2A, and 1A schools fared in their respective state playoffs: 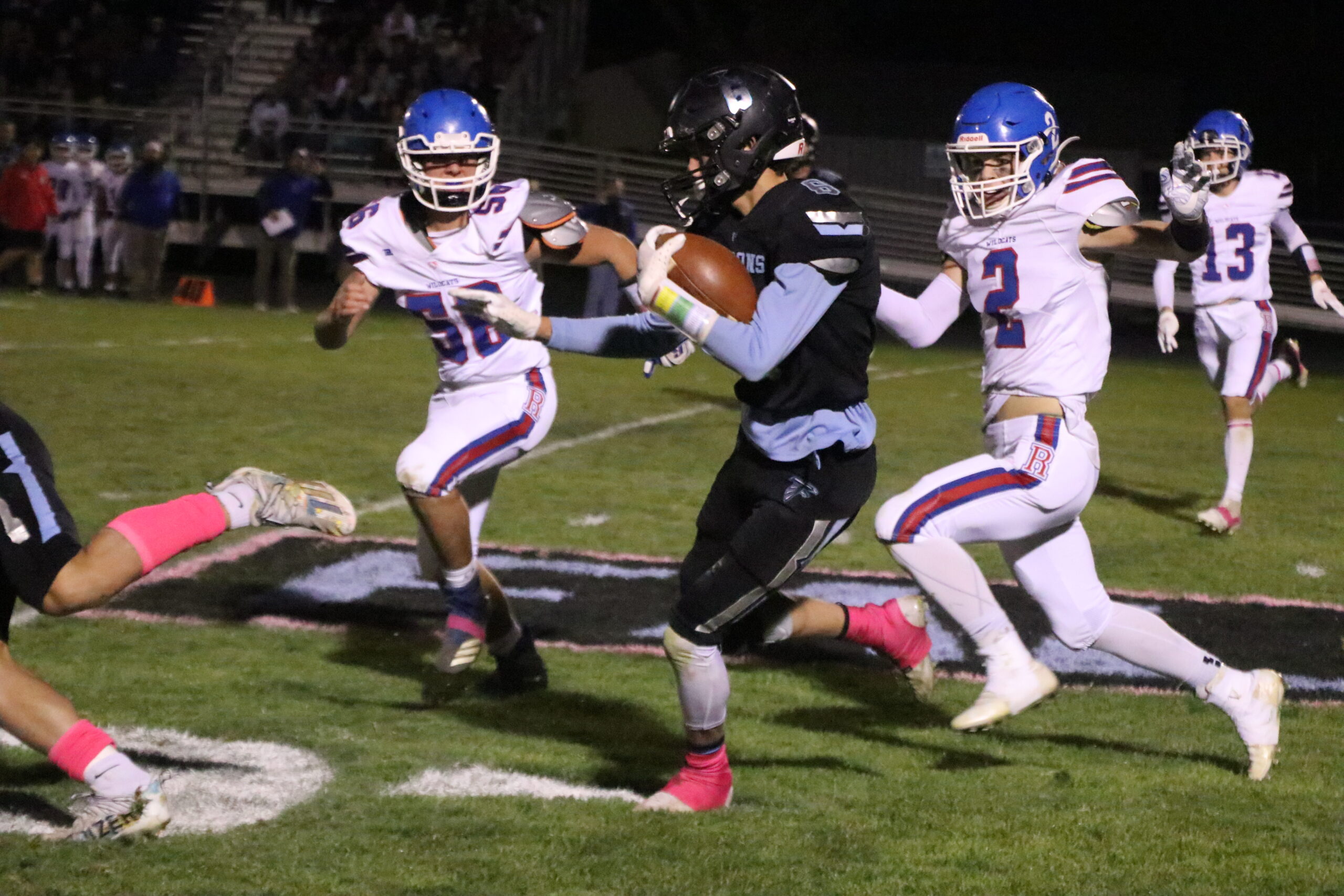 The Canyon View Falcons won their first playoff home game in over 20 years on October 22nd when they defeated the Richfield Wildcats 34-28 in double overtime. The Falcons then lost 34:19 to Juan Diego in the 3A quarterfinals the following week.

The top seeded Intermountain Christian Academy defeated No. 2 seeded Panguitch 3-1 in the 1A volleyball final at Utah Valley University in Orem on October 30th. 0 in region 20.

Kanab, who was ranked second, reached the state 2A volleyball final in Orem on October 30th. However, the Cowboys were swept 3-0 in the championship game by the No. 4 seeded North Summit. It was the Braves’ second straight title and their fifth since 2016. 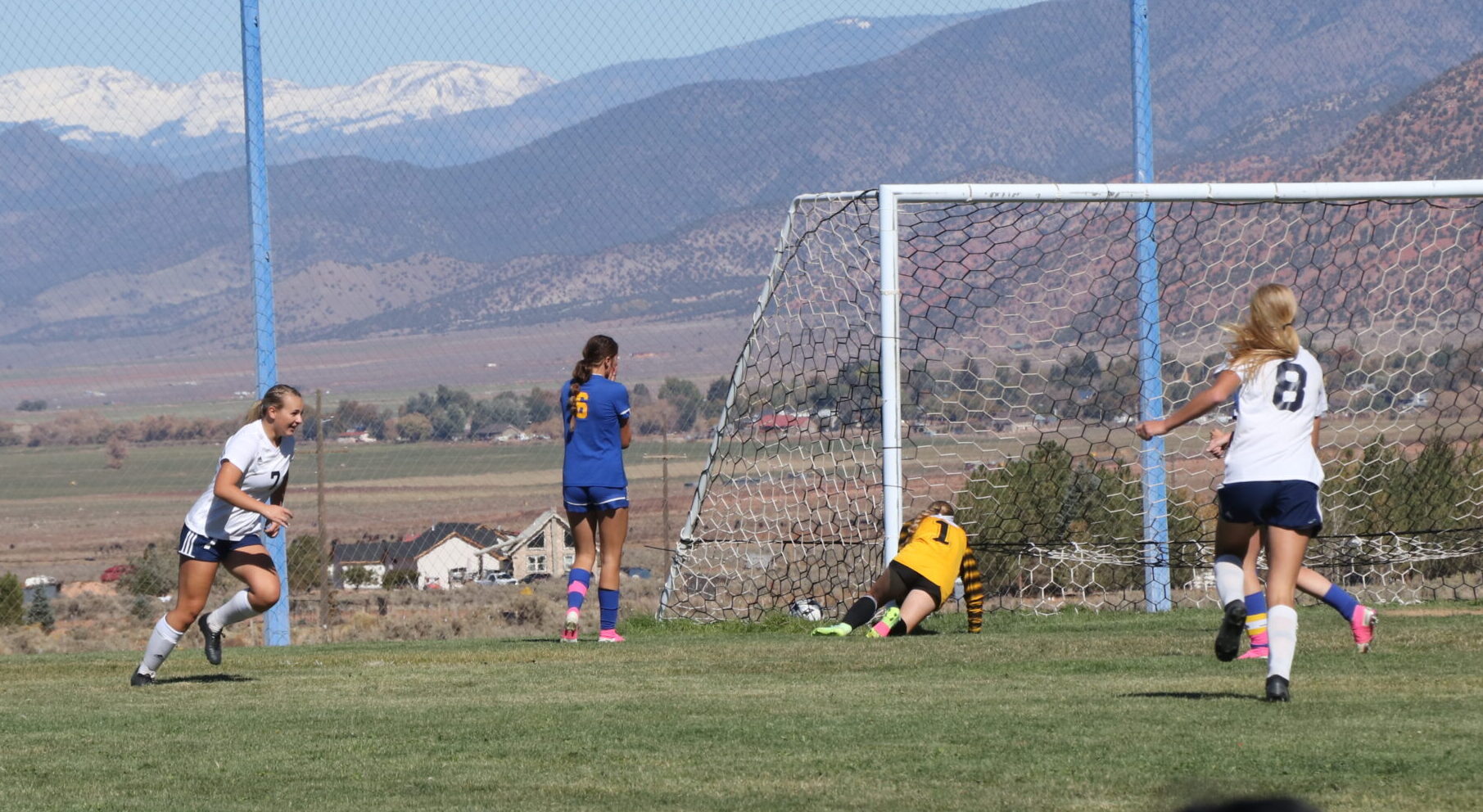 Millard’s Paige Cummings scores the only goal of the game in a 1-0 win over Parowan in 2A girls’ soccer playoffs, Parowan, Utah, October 16, 2021 | Photo by Jeff Richards, St. George News / Cedar City News

In a quarterfinal in Parowan on October 16, the No. 6 seed Millard Eagles angered the No. 3 seed Parowan with a score of 1-0, with Paige Cummings scoring the only goal late in the second half. Millard then lost in the semifinals the following week to eventual champions Waterford with a score of 8-0.

The Canyon View Hawks defeated Judge Memorial 1-0 in the 3A quarterfinals on October 16, with newcomer Maya Nichols scoring the only goal of the game early in the competition. The Falcons then traveled to Ogden to face the Tigers in the semi-finals on October 21, with Ogden winning 3-0. Canyon View finished its season with an overall record of 16-4, including first place in Region 12 with an unbeaten record.

The state cross-country meeting for all six classifications was held on October 27 at the Regional Athletic Complex in Salt Lake City. 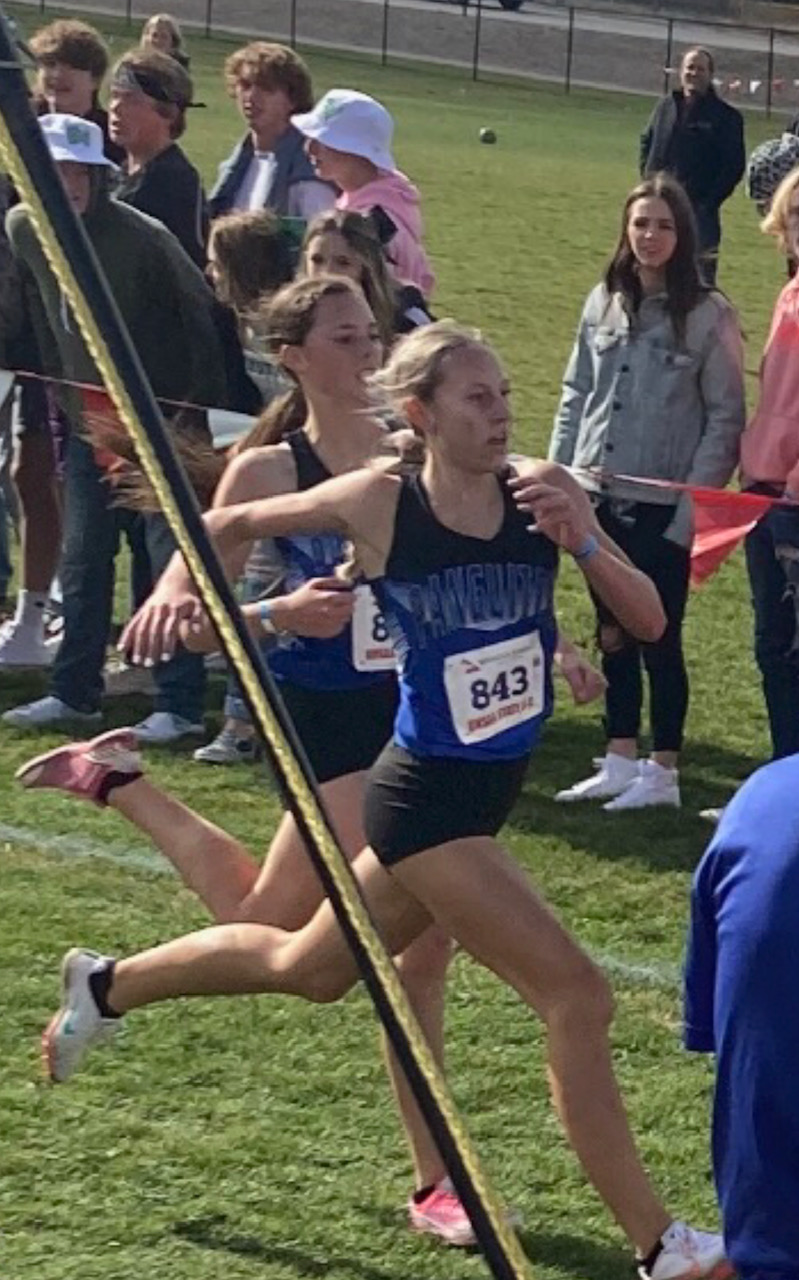 As previously reported, Pine View High Girls and Cedar High Boys won 4A state titles, crowning a dominant Region 10 performance in southern Utah. But several other southern Utah schools in the smaller classifications also did well at the state meeting:

The Panguitch girls won their second 1A state title in a row, with junior Adelaide Englestead leading the way, closely followed by her teammate Tabi Henrie. The duo crossed the finish line just a tenth of a second apart (19: 35.7 and 19: 35.8). The Bryce Valley girls took home the runner-up trophy.

Meanwhile, Senior Brock Syrett led the Bryce Valley Mustangs to the state title in the 1A boys race and achieved a winning time of 17: 04.2 in the 5 km race. With 44 team points, the Mustangs landed just three ahead of 47 of runner-up Milford.

In the 2A races, the Millard boys won their second title in a row, with Junior Michael Ralphs leading the way with a winning time of 16: 05.1. Millard dominated the race, with his five best runners among the eight best finishers in the overall standings. Meanwhile, the Millard Girls team finished second to North Summit, but Millard’s newcomer Kyra Moat was the overall winner in the Singles 2A. In addition, the Parowan girls finished third as a team and Beaver finished fifth.

And in the 3A girls race, Lydia Forsyth from Canyon View finished fourth overall in the second year and helped the Falcons to fourth place out of 12 teams in the classification.

Jeff Richards, a Salt Lake City native with Panguitch family roots, lived in Moab for 20 years before joining St. George News in 2017. Jeff is a longtime journalist and secondary school teacher. He and his wife Penny are parents to five daughters. They also have two young grandchildren. Jeff and his family enjoy swimming, camping, sightseeing, reading, and photography.