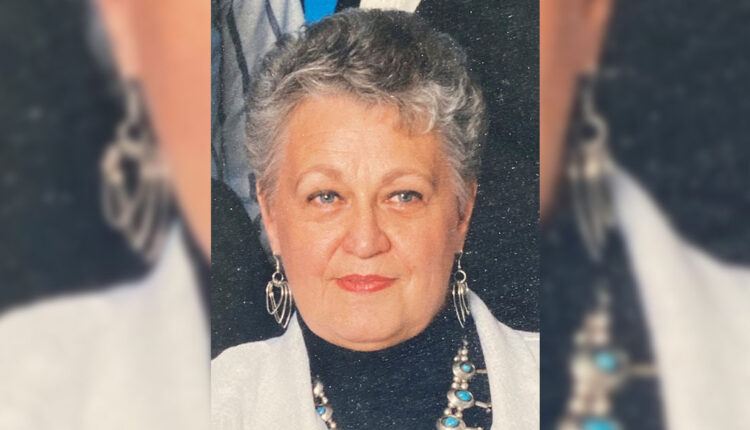 Billie Dee Sarcletti went to her Heavenly Father on June 11, 2022 at the Huntsman Cancer Hospital in Salt Lake City, Utah surrounded by her family.

She met Ray Sarcletti while attending Rock Springs High School. They were married June 11, 1956. They moved to Laramie where Ray attended University of Wyoming. After graduation in 1960 they returned to Rock Springs. Ray was employed in his father’s wholesale beverage business, and Billie was a homemaker rearing the five children. She loved camping, fishing and hunting with her family.

She was a member of the Immaculate Conception Catholic Church in Green River, Wyoming.

In 1973 she owned and operated Billie’s Highlander on Dewar Drive. In 1978 she opened Coronado Stone Fireplace and Stove Store that she operated until 1981. She sold the store, and was in charge of inventory and order control at Yellowstone Wholesale Company until the business was sold in 1990. She was the clerk and ceramics painter at Elaine’s Hidden Corner Ceramics in Rock Springs from 1991 until 1998.

In 1990, Ray and Billie purchased property in Manila, Utah as a summer residence to be close to the Flaming Gorge where they enjoyed boating. From 1998 through 2018 she worked for the Flaming Gorge Corporation in the Lucerne Valley Marina Store. Her grandmother taught her to crochet and she enjoyed crocheting colorful woolen Afghans for her family and friends. She had a special talent in making table decorations from dried flowers and plants. Her talent was recognized, and she made 50 table decorations for a convention. The decorations were auctioned as a fundraiser for charity, and raised thousands of dollars.

She is preceded in death by her parents, two sisters, Geraldine “Gerry”; Marilyn; one sister-in-law, Sally Pedersen; one grandson Daniel Lee Sarcletti.

A Mass of Christian Burial will be conducted at 11 am Tuesday, June 28, 2022 Immaculate Conception Catholic Church, 900 Hitching Post Drive, Green River, Wyoming. A Vigil Service with Rosary will be recited at 6 pm Monday, June 27, 2022 at the church. Graveside Services and Information will be in the Rest Haven Memorial Gardens.

Condolences may be left at www.vasefuneralhomes.com.