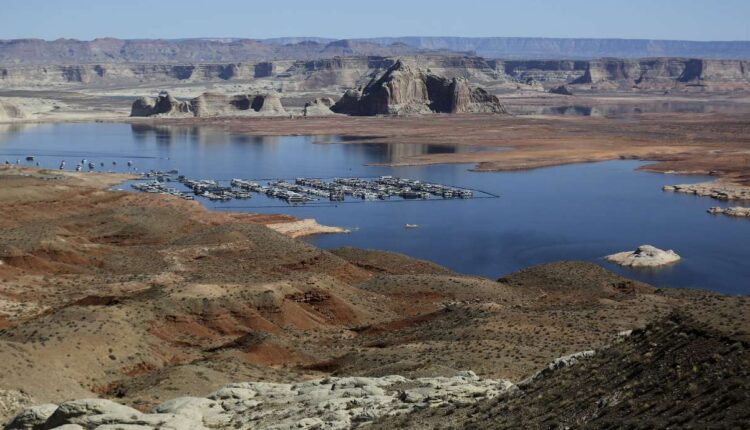 The recreation area moved back to stage one fire restrictions, which ease a ban on campfires. Those who head out to the area are allowed to start campfires on campgrounds with established rings and in areas below the high-water mark in areas without vegetation, according to Mary Plumb, a spokeswoman for the recreation area.

Charcoal fires in approved fire pits and grills in the area are also allowed, as are devices fueled by petroleum or liquefied petroleum products in all locations within the park. The rule change also applies to Rainbow Bridge National Monument within the Lake Powell area.

Friday’s announcement doesn’t mean everything is back to normal just yet.

All other types of “open fire” remain illegal at both places. It’s also illegal to smoke except in an enclosed vehicle, a developed recreation site or “while stopped in an area at least 3 feet in diameter that is barren or cleared of all flammable material down to mineral soil.” Fireworks and any pyrotechnic devices are illegal on all federally-managed public lands.

Plumb adds that the changes only apply to areas within Glen Canyon National Recreation Area and Rainbow Bridge National Monument boundaries, so state and local restrictions may still apply on land outside of those boundaries.

Park officials had warned about stage two fire conditions in the area as late as June 7, writing on social media that “everything is so flammable” in the area. The changes announced Friday are mostly due to the early arrival of monsoonal storms that have helped provide much-needed moisture to the Four Corners region since last weekend.

Monsoons could pose other safety risks for visitors, though. Thunderstorms in the region this weekend could result in flash floods, park officials said.

The National Weather Service’s Climate Prediction Center lists southern Utah and most of Arizona as having at least a 33% chance of above-average precipitation both in July and the remaining summer months, which offers hope that other fire restrictions in the area can be eased in the future.

Meanwhile, Lake Powell itself is also improving, though largely because of a pair of water policy changes aimed at adding more water from Flaming Gorge and consuming less water from the reservoir. It’s now listed as 28% full after it had fallen to as low as 23.8% of capacity in May.

Plumb says the reservoir has gained 16.76 feet from what was a record low this water year, to an elevation of 3,539 feet.