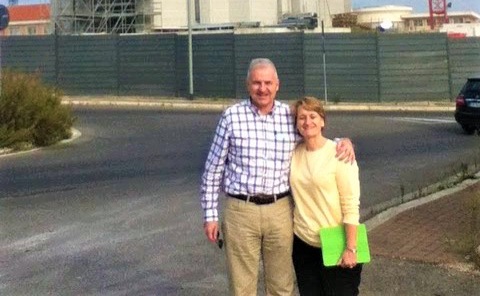 MADISON – Brent and Nancy Law of Madison accepted an 18-month mission in Rome with The Church of Jesus Christ of Latter-day Saints.

The Laws received a mission call to serve in the Italy Rome Mission. In their main responsibility they give guided tours in the visitor center next to the Rome temple.

“We will enter the Missionary Training Center (MTC) in Provo, Utah on November 15th, stay 10 days and then fly to Rome. We’re incredibly excited, ”said Brent.

“Missionary calls are issued by the apostles of the Church based on the experiences of missionaries and the needs of the worldwide Church,” said Brent. A few days before entering the MTC, the Laws receive a priesthood blessing to make them full-time missionaries to the Church.

“The blessing is given by the laying on of hands by the President of the Church Madison Alabama Stake, Kuenn Drake (of) Falkville,” said Brent.

“My wife, Nancy, has a wonderful testimony of Jesus Christ and is well versed in the scriptures,” said Brent. For years, Nancy taught high school students in seminary. “She will be a wonderful missionary.”

“We love the Savior and want to share the message of the restoration. The gospel is for everyone, ”said Brent.

Missionaries support themselves financially or receive help from their families. Missionaries are not employees of the Church.

Brent retired from an international job at Redstone Arsenal and worked closely with Italians and staff from other nations. “In part, I managed a cooperation with the United States and four European nations,” said Brent. For his job he often traveled to Rome and other cities in Italy. At the beginning of 2019, he and his Italian colleagues attended the Rome Temple open day. “It was a great experience,” he said.

Between the ages of 19 and 21, Brett served as a missionary in the Spain-Barcelona Mission. “The Spanish and Italian languages ​​are very similar,” he said.

After World War II, Brent’s father served on a mission in France in the hope of retiring to serve with Brent’s mother. However, in retirement he was sick and unable to serve.

During a visit before Brent’s father’s funeral, a companion of his father’s in France described the rampant poverty in France in the late 1940s because of World War II. Many families begged.

“My father often gave money even though he wasn’t wealthy. His companion (said) that my father could not afford to continue giving money to beggars. My father’s supposed response was, ‘I can’t afford not to give anything to the poor,’ ”said Brent.

Brent remembers from childhood that a Franco-Swiss family visited his father. “(My father) taught them about the Restoration of the Church of Jesus Christ through the Prophet Joseph Smith, and they had joined the Church,” said Brent. “We love the Savior and want to share the message of the restoration. The gospel applies to everyone. “

The Laws have attended church in East Limestone Ward since its inception in the fall of 2019. The church building is located in Athens.

The two sons of the law also served missions. Elderly son Ted served in the Pocatello Idaho Mission teaching Idaho-resident Latin Americans (in Spanish). Ted currently works as an actuary and lives in Muncie, Indiana. The younger son Jim served in the France Toulouse Mission and is currently Professor of French and Linguistics at Brigham Young University in Provo.