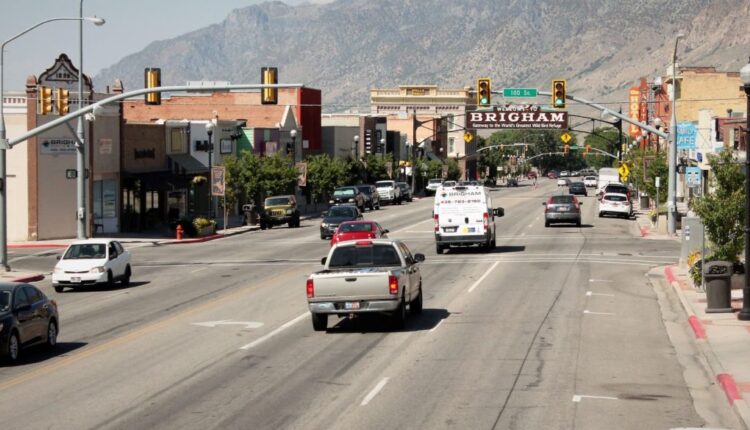 Brigham City’s Main Street program has been successful and they will receive more funding for restoration work.

BRIGHAM CITY – The Utah Main Street Program (UMSP), piloted in Brigham City and Price, has borne fruit not only for their communities, but for other communities in the state as well.

The Howard Hotel in Brigham City was first built in 1903 and last remodeled and added in 1934 and could be one of the historic buildings that will be part of the Main Street pilot project.

The government-funded pilot project budget was more than $ 300,000 to fund the modernization of the buildings on the two historic strips. Some of the money went directly to projects and some is used as an operating budget.

The owners of Idle Isle Café, Consignology, Union Block Marketplace, and Howard Hotel have all received funding to remodel the facades of their buildings.

The Beehive State program is part of the Main Street America initiative, which aims to revitalize the economy, look and feel of downtown business districts. Utah is the newest coordinating member to join the national program.

David Walker, a downtown business owner and co-founder with his wife, Donna, of Historic Downtown Brigham City 501 (c) nonprofit, said their organization would be part of the process.

“The new Utah Main Street Program was approved by Brigham City Council and Historic Downtown Brigham City was accepted by Go Utah as the moderator of the project,” he said. “We make progress after being accepted at the highest level.”

The Main Street America program provides a framework for community-driven revitalization efforts of older and historic business districts to build vibrant neighborhoods and a thriving economy.

“The results of the UMSP will have a significant impact on our city,” said Walker. “Having a historic main street offers many wonderful economic opportunities.”

The opportunity brings together the most influential institutions with local organizations to rebuild a historic high street district.

UMSP is an effort bringing the most influential institutions together to rebuild a historic high street area. The challenge is how do you implement it without transferring existing efforts?

“We are thrilled to be part of this program, which provides a framework and resources to support a community’s unique heritage,” said Nan Anderson, Utah Main Street Program director and rural outreach manager. “This program recognizes what makes a community unique and focuses on what makes it a great place to live and visit.”

Brigham City and Price saw the benefits of participating in a coordinated action on Main Street; both participated in the Main Street pilot program. Three facade renovation grants were awarded: one in Price and two in Brigham City. 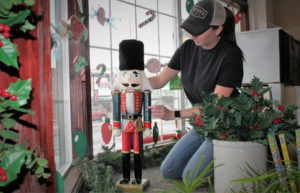 A file photo of Cami Hirschi works on a window display in the Idle Isle candy shop at 41 South Main Street in Brigham City. Brigham City is hosting its second annual Nutcracker Festival to celebrate their association with the city in popular Christmas ballet.