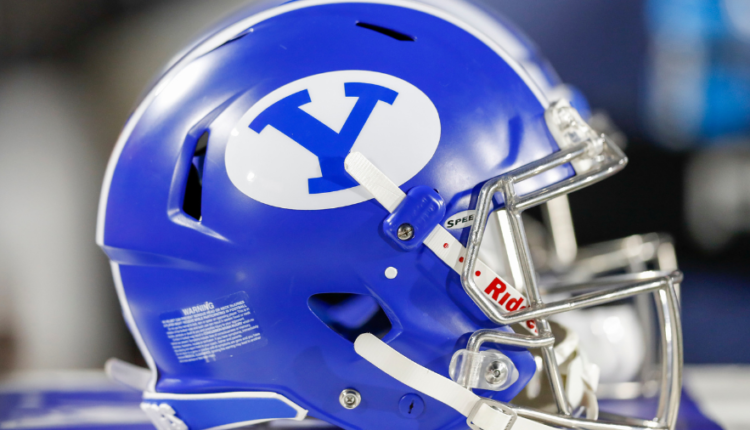 PROVO, Utah – BYU football picked up a commitment in the 2023 class from running back Landen Chambers.

A 6-foot, 210-pound prospect from Fossil Ridge High in Keller, Texas, BYU was the only Power Five program to offer.

Unga offered Chambers during the spring evaluation period in May. From the moment he received his BYU offer, the Cougars were a favorite for the productive ball carrier who racked up 1,757 yards and 25 touchdowns last season for Fossil Ridge.

Earlier in the month, Chambers had an unofficial visit to BYU’s campus in Provo for the first time. After the visit, he wrote on social media, “Can’t wait to be back!!!”

What stands about Landen Chambers is his production.

Chambers is competing in the highest classification of Texas HS football, 6A.#BYU #BYUFootball

Like many prospects that commit to BYU, there is a tie to the program for Chambers. Chambers often trains with former BYU wide receiver Margin Hooks as part of his “Skys the Limit” training.

Chambers is part of a Fossil Ridge prep program that competes at the highest level of Texas High School football in 6A. Fossil Ridge is currently in the process of building its own indoor practice facility showing how invested they are in its football team.

Chambers is one of the top players on Fossil Ridge in the weight room. They shared a video recently of Chambers repping 405 pounds on a squat.

Landen Chambers is BYU’s fifth commitment in the 2023 class

Chambers is the fifth commitment of BYU’s 2023 recruiting class. It’s the first BYU class that will play their entire careers as part of the Big 12 Conference. BYU formally joins the Big 12 on July 1, 2023, and the new iteration of the league will still have three schools from the Lone Star State (Baylor, TCU, and Texas Tech) after Texas leaves for the SEC.

BYU running back coach Harvey Unga spoke with KSL Sports last week at BYU Football Media Day, noting that the pool of prospects has elevated since the Cougars received the Big 12 invite.

“Now actually going into these schools and seeing the type of guys that coaches are bringing to us and kind of showcasing for us. It’s these top-tier calibers of players. Coaches recognize that. They see, ‘okay, hey, BYU is here. We’ve got this certain group of guys,’” Unga said to KSL Sports on visiting high schools during the spring evaluation. “It’s been cool just to be out there and be among these other schools like Oregon, USC, Iowa, Michigan. It’s been fun to see that kind of stuff [on the recruiting trail].”

National Signing Day for the 2023 recruiting class begins with the early period on December 21, 2022.