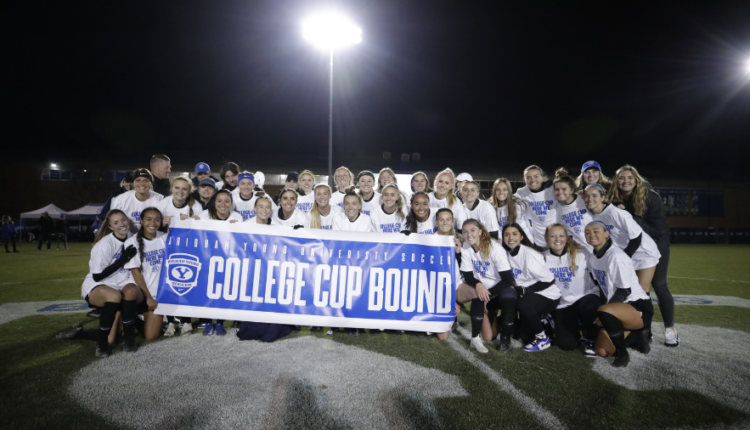 BYU defeated South Carolina 4-1 in front of a sold out crowd at South Field in Provo.

The high performing Cougars wasted no time starting the goal in the third minute when Makaylie Moore gave BYU the lead, firing a goal from an assist from All-American Mikayla Colohan.

Colohan then scored their first of two goals in the 15th minute, giving BYU a 2-0 lead, which proved sufficient to keep the Gamecocks at bay.

The Gamecocks came on the scoreboard in the 40th minute. But it wasn’t enough when BYU stepped on the gas in the second half and scored two more goals from Colohan and Moore.

Prior to Saturday, BYU was runner-up nationwide for most NCAA tournament appearances without reaching the College Cup. You can now put that in the rear-view mirror when you apply for the 22nd tournament.

BYU faces a familiar face, WCC rival Santa Clara, in the National College Cup semifinals. The Broncos will host on their home field as the College Cup was due to take place in Santa Clara before the year. Santa Clara is the defending national champion.

The kickoff for BYU and Santa Clara will take place on Friday, December 3rd. The time will be determined at a later date.

Mitch Harper is a BYU Insider for KSLsports.com and hosts the Cougar Track Podcast (SUBSCRIBE) and Cougar Sports Saturday (Saturday, 12pm – 3pm) on KSL Newsradio. Follow him on Twitter: @Mitch_Harper.