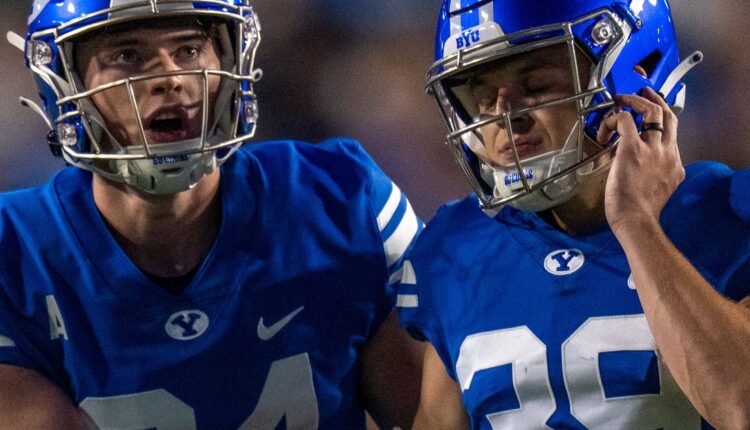 Provo • BYU will not name a starting kicker this week ahead of its game against Notre Dame.

Instead, special teams coordinator Ed Lamb said he would wait until kickoff to reveal who will attempt the field goals.

“There needs to be a competition,” Lamb said. “We have full confidence in [backup] Justen Smith.”

Starting kicker Jake Oldroyd has missed five of his last six field goal attempts dating back to the second week of the season. All of his misses have come within 40 yards. He is 5-10 on the season.

Lamb has stuck by Oldroyd, the former Lou Garza finalist, through the last month, noting he has the best leg on the team and the best operation time. However, he appeared to shift to saying he would focus on results rather than talent on Tuesday.

“As a coach, I look at it as our highest potential at any given moment,” Lamb said. “I have failed in that way because I think we can be hitting at a higher clip than we are. Obviously, at any position, talent is a big piece of that. That is where I want to start with and put the most of my energy. But in the end, we have to go with those who deliver the most often. We’re going to find that out.”

Lamb declined to say whether he could potentially use two kickers going forward.