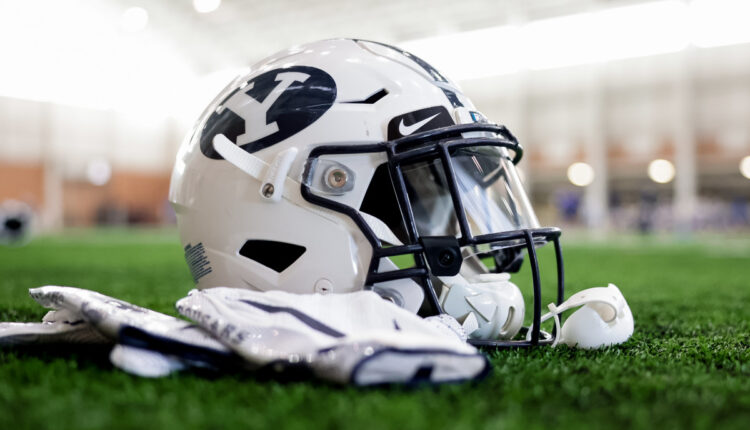 Since April 15, BYU coaches have been evaluating prospects from all over the country. One prospect that has been in touch with BYU’s staff is California athlete Brandon Ramirez. Ramirez, who preps at San Joaquin Memorial High School, also runs track where he recently clocked a 10.7 100 meter dash at the MJC Invitational.

Ramirez plays both running back and safety. He is listed as a safety by 247Sports, but BYU has recruited him as a running back. “I got in touch with Coach Gilford first and then Coach Unga started reaching out more,” Ramirez said. “[BYU] offered me as a running back.”

On his conversation with Coach Unga when he received the scholarship offer, Ramirez said, “Coach Unga was telling me how I remind him of former running back Tyler Allgeier, which was a great compliment. He told me a lot about the program and how things are structured at BYU.”

Last season, Ramirez ran for 1,113 yards on 116 attempts, an average of 9.59 yards per carry. He also scored 14 touchdowns. He hits holes quickly with single cuts and uses his track speed to outrun defenders. He also has good size at 6’0, 195 pounds and his size allows him to break arm tackles.

Ramirez holds competing offers from the likes of Colorado, Fresno State, Air Force, Army, and Yale. He tells Cougs Daily that he hears from Colorado, Army, and Air Force the most.

When Ramirez is enrolled at his school of choice, BYU will be a full-fledged member of the Big 12 Conference. Ramirez described BYU’s move to the Big 12 as a “big deal.” “It’s gonna be exciting to see them play against these schools. Hopefully they will win a Big 12 Championship!”

Prior to receiving an offer from BYU, Ramirez already knew a few things about BYU and its football program. “I know that BYU is one of the top football programs and a great university. I know that it is a religious school and is located in Utah,” Ramirez said.

Ramirez doesn’t have any official visits scheduled, but he hopes to make a visit to Provo. “I’m definitely gonna take a trip to BYU and check out the beautiful campus,” Ramirez said.

On when he plans to make his college decision, Ramirez said, “I plan on making a decision sometime before my senior season. Possibly in August.”