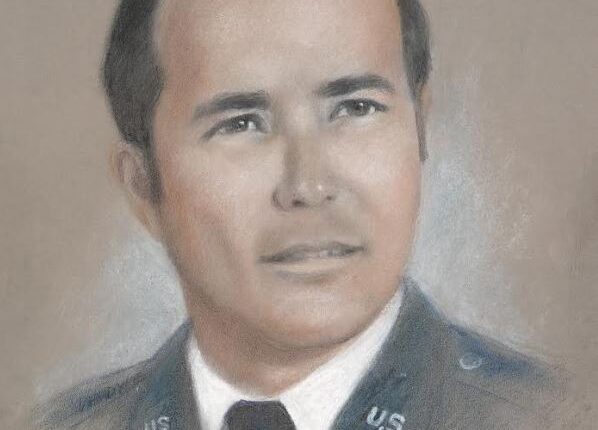 Captain Carl Lynn was born March 14, 1933, in Lilbourn, MO, and died January 20, 2023 in Ogden UT. He served 28 years in the United States Air Force, as an Airman, NCO and Officer. He graduated with honors from the University of Nebraska and Weber State College. He also graduated from Officer Training School Air Command, Staff College, and Squadron Officers School. Captain Lynn served overseas tours in England, France, Germany, and Korea. His military background and experience were in explosive ordinance disposal, nuclear weapons, logistics and education. He was the Hill AFB Range Commander from 1968-1972.

He was an outstanding athlete and played baseball and tennis for Hill AFB. He was a member of the 1965 Air Force Championship Ski Team. He was the Weber State Women’s Golf Coach from 1984-1987. His 1985 golf team was the Division II National Champions.

Captain Lynn is survived by his wife of 62 years Glenda Hess of Ogden, UT. They have two daughters Kelly and Sherry, 2 grandchildren Jamie and Kayla, and four great grandchildren Josie, Jaxon, Blakeley, and Copeland, and his brother Jerry B. Lynn of Ohio. His hobbies included golf, skiing, fishing, kayaking, and traveling.

A heartfelt thank you to all the caregivers at George E. Wahlen Veterans Home for the loving care and compassion shown to Carl.

Dad, thank you for the memories, unconditional love, support, guidance, and wonderful sense of humor. We will miss you always.

Memorial services will be held in the Spring. Condolences may be sent to the family at www.myers-mortuary.com.