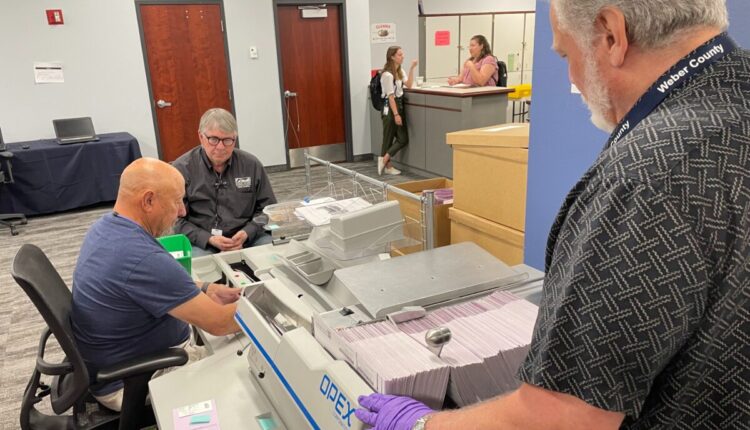 OGDEN — An incumbent Utah House member appears on the way out following voting in the Republican primary.

Katy Hall, challenger for the District 11 Utah House seat, was easily outpacing Kelly Miles, the three-term incumbent, according to unofficial, preliminary totals late Tuesday night. She had garnered 2,395 votes — 61.2% of the total — to 1,517 votes, 38.8%, for Miles.

With no Democrats vying, the victory in the primary would propel Hall to the post. Hall had stressed her conservative outlook, saying Miles wasn’t sufficiently representative of the district.

In the District 8 Utah House race, Jason Kyle was on his way to victory in the GOP primary with 2,578 votes, 62.5% of the total, outdistancing Kimberly Cozzens, who had 1,546 votes, 37.5%. Kyle would face off in the fall against Democrat Monica Hall.

Whoever ultimately wins, a newcomer will be filling the post as Steve Waldrip, the incumbent, dropped out of the race in April. District 8 covers the East Bench and other portions of Ogden, as well as part of North Ogden and the Ogden Valley.

In the District 10 Utah House race, Jill Koford was headed to victory over Lorraine Brown in the GOP primary, bettering her by a 57.3%-42.7% margin, according to the preliminary totals. Koford would face Democrat Rosemary Lesser, the incumbent, in the fall.

In the sole Utah Senate race in Weber County, incumbent Ann Millner, going for her third term, was headed to an easy win over challenger Doug Durbano in the GOP primary for the District 5 post. She was leading Durbano by a 59.5%-40.5 %margin.

Millner would go on to face Democrat Michael Blodgett in the fall.

Gage Froerer, the one-term incumbent in the seat A post, was headed to victory over Shanna Francis in the GOP primary, leading her by a 58.4%-41.6% margin. He’d face Democrat John Thompson in November.

Sharon Bolos was on the way to victory in the GOP primary for the B County Commission seat, now held by Scott Jenkins, who didn’t seek reelection. Bolos led Bill Olson by a 56.9%-43.1% margin. She’d face Libertarian Brian Rowley in the fall.

Ricky Hatch is on his way to a fourth term as Weber County clerk auditor. He was easily outdistancing GOP challenger Toby Mileski by a 67.8%-32.2% margin, with no one else vying for the seat.

The two top vote-getters in the primary for the nonpartistan District 6 post on the Weber School Board were Janis Christensen, the incumbent, and Heidi Gross. They’ll face off in November. Heather Koci finished third, out of contention.

Tuesday’s totals, still not official, reflect the majority of votes cast, about 90% of them, according to county election officials. More totals will be added later this week, reflecting ballots cast later Tuesday, along with mail-in ballots that will continue to trickle in. They won’t likely be enough to change the outcomes of any races, though.

Colorado River water use may have to be slashed