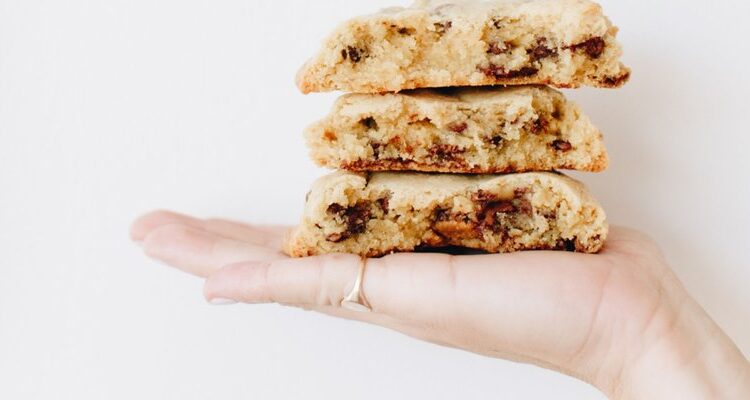 Chip Cookies bakes up plans for 500 stores in 5 years

Chip Cookies has 10 units in Utah and Idaho. The brand’s leadership plans to open 500 stores in the next five years.

Pregnant women often want sweets, right? Like a warm, gooey chocolate chip cookie baked from scratch? That was Sara Wilson’s pregnancy craving late at night, and she couldn’t find a delivery place in LA that would deliver warm cookies.

That launched her husband, Sean, into building a business plan a few months later for a cookie delivery concept.

“At the time there really wasn’t anything like this,” Wilson told QSRweb in a phone interview. Soon after her baby was born, she and her husband heard about a rental kitchen in Provo, Utah, with hourly rates. They’d fly to Provo on the weekends and test out cookie recipes.

They opened their first Chip Cookies store in November 2016 to lines out the door. “Pretty soon we realized our customers were more than just pregnant women,” Wilson laughed. “It turned out that everyone loves cookies. We’ve grown into 10 corporate locations in Idaho and Utah.”

The brand is now starting to franchise Chip Cookies for a number of reasons. They’ve had a lot of interest in their concept.

“Franchising is a great vehicle to grow and to get into these locations faster,” Wilson said.

The couple runs 10 locations, and Wilson said it’s valuable to have a franchisee who’s local, motivated and at the store. Franchisees at the local level have street knowledge and connection to the community, like knowing who the local football team to sponsor or who the PTA president is.

Franchisees are “working it and motivated, and the customer service that they provide — we call it ‘doing it the Chip way’ — we feel is a gamechanger,” Wilson added.

While the Wilsons had plenty of interest, they’re taking their time finding franchisees. They’re hoping to have 500 stores by the next five years, a number they feel is “feasible” given the fact that they’ve been in business for six years and have built a foundation upon which to grow.

“That’s part of the reason why we’ve grown like we have,” Wilson said. “We feel like we have the foundation, we have the brand, the processes and the team to really grow at a faster rate now.”

Wilson said several concepts have copied their operations and have had similar growth patterns, so she’s confident Chip Cookies will have no problems expanding outside of Utah and Idaho.

The dessert field in general is a crowded field. How is Chip Cookies competing for consumers’ dollars?

For one, Wilson said, they really focus on quality over quantity. They’re known for having the best chocolate chip cookie, which for a long time was the only offering the company had before branching out in to other flavors. “If you’re going to have one product on your menu, it better be the best cookie you’ve ever had,” Wilson added.

Now there are sugar cookies with homemade cream cheese frosting, a Biscoff chip cookie and a rotating flavor of the week, which ranges from a Better than Sex cocoa-based cookie based off of the cake recipe or a cookies ‘n cream to S’mores and Cadbury chip cookies, a fan favorite.

“We definitely didn’t invent cookies, but this kind of gourmet delivery market is really something Chip pioneered,” Wilson said, adding that she’s still hands-on in Chip Cookies and creates and maintains all of the recipes for the brand. “I stay very close to the product. I think that’s incredibly important to have the best product. I’m constantly sampling new chocolate chips for our cookies … I still write all of our recipes.”

All of the cookies are made in-house, but the brand has started to build out a centralized kitchen to supply dough to its corporate stores. Quality control remains a top concern as Chip begins to franchise.

“We’re making huge investments to make sure that any time you go to a chip you get that quality cookie,” Wilson added.

Social media marketing, like utilizing Snapchat, TikTok and Instagram, are Chip’s main form of advertising, but the stores also get involved in their communities at the local level, a move Wilson said is “powerful” marketing. Google and Yelp reviews are also an important part of their marketing program, and they respond quickly to every review.

They’re looking for franchisees who are passionate about Cookies and Chip as a brand, and Wilson calls it a “fun” business. “I had someone say to me ‘It’s been on my bucket list to open a Chip Cookies’ and I just thought that was so cool,” Wilson added.

Food experience is not a requirement, but it certainly helps in operations. They’re also looking for franchisees who will be local operators and involved in the community.

As for locations, the Wilsons utilize technology to help guide them in the right areas to place a Chip Cookies. They look at current cellphone data of their customers and where they’re going, and convenience is key, as the brand is a grab-and-go concept. They’ve started to open concepts with drive-thrus, which gives Chip a better edge against its competition. It’s a delivery concept, so finding a location with homes around it is paramount, and they use their own drivers to control the experience. Third-party delivery drivers were used when COVID hit, and they occasionally still use them when a driver is sick or an emergency delivery arises.

As Chip Cookies moves to grow, its biggest challenge is that the brand is new to franchising and they’ve moved to create the perfect FDD for their franchises. They’ve brought on people who know franchising, like the former CEO of Mrs. Fields, to create an unofficial board to assist in franchising efforts.

“We acknowledge that we’re not experts to really make sure that we’re growing the right way to create a healthy franchise system,” said Wilson.