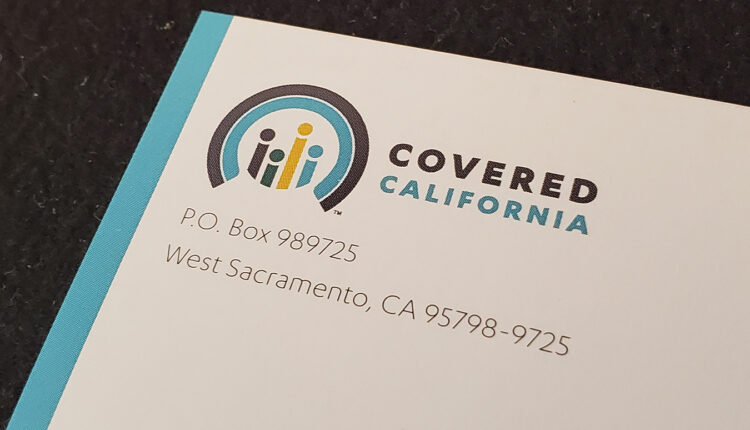 If you purchase your own health insurance, it’s time to choose your coverage for 2022. If you buy it through Covered California, the chances are better than ever that you will get a big discount on your monthly premium — or pay no premium at all.

Many middle-class families who previously paid full fare for their health plans got financial assistance this year through the American Rescue Plan, a law that significantly expanded federal tax credits that reduce the premiums consumers pay.

But hundreds of thousands of Californians who are eligible for the credits are not yet reaping the benefit. Among them are 575,000 uninsured people, most of whom could get coverage for $0 a month, and about 260,000 people who buy insurance outside the state’s Affordable Care Act marketplace and could save hundreds of dollars a month by switching into it, according to estimates from Covered California.

“It’s a lot of money that people don’t realize they’re leaving on the table,” says Peter Lee, Covered California’s executive director. “I don’t know anyone who can comfortably pass on $10,000.”

Enrollment for 2022 coverage through Covered California — as well as for individual and family health plans purchased outside the exchange — ends Jan. 31. Consumers can enroll anytime during the year if they’ve undergone a major life change, such as losing a job, moving, having a baby, getting married or being affected by a natural disaster.

The additional federal tax credits are slated to expire at the end of 2022, but the current version of President Joe Biden’s roughly $2 trillion Build Back Better legislation, pending in Congress, would extend them through 2025.

If you are already in a Covered California plan you like, it might be tempting to simply renew it without checking other options. Resist that temptation. Insurers change their prices every year, and new companies may have entered the market in your region. So a different health plan could be a better deal than your current one.

But if you like the medical providers in your current network, make sure you will have access to them in any health plan you consider for next year.

The American Rescue Plan not only offers many Californians dramatically cheaper premiums but also makes Cadillac coverage available for free if their income is low enough.

In general, individuals and families with annual incomes between 138% and 150% of the federal poverty line — $17,775 to $19,320 for an individual and $36,570 to $39,750 for a family of four — can get the lowest level of coverage, known as bronze, for no monthly premium in 2022. But they would also pay no premium if they chose a particularly generous plan known as silver-94. The individual version of the plan has a medical deductible of just $75, no deductible for prescription drugs and an $800 annual cap on how much enrollees pay out-of-pocket before 100% of their medical costs are covered. In the bronze plan, by comparison, the medical deductible for an individual is $6,300, with an out-of-pocket spending limit of $8,200 and a separate pharmacy deductible of $500.

Covered California and all insurance agents worth their salt are encouraging people in bronze plans who meet the zero premium income criteria to make that switch.

“I call it the no-brainer plan,” says Edsel D’souza, a partner at the Citrust Insurance Agency in Culver City. “When people hear about it, they can’t believe it’s that good.”

But not all Covered California enrollees have such a happy surprise awaiting them. Under a provision in the American Rescue Plan, about 120,000 enrollees got the silver-94 plan for $1 a month this year if they collected unemployment benefits for even one week in 2021. Many — and perhaps all — of those enrollees will lose that discount in 2022 and are facing sticker shock or bracing for a return to a lower level of coverage.

“I have people who were in bronze, got the unemployment boost, and we switched them to a silver-94, so now they’re running around getting all kinds of tests and procedures done before the end of the year,” says Kevin Knauss, an insurance agent in Granite Bay.

D’souza says he helped a family of four in which one of the parents had received unemployment benefits for part of 2021, enabling them to move into a Covered California plan that cost $344 per month. But they will get no subsidy in 2022, D’souza says, and the monthly premium will nearly quadruple, to $1,269.

According to D’souza’s calculations, a 40-year-old single person who lives in West Los Angeles, has an income of $40,000, and is paying $1 a month in 2021 for a silver-94 plan after being unemployed for part of the year would see the monthly premium jump to nearly $200 in 2022 — for a much less generous silver plan.

Shopping and signing up for coverage with Covered California can be tricky, and it’s not hard to run into problems.

Knauss notes, for example, that Covered California looks at your income in the month you apply. If you are applying in December and don’t have any income this month, you might be pushed into Medi-Cal, the government-run insurance program for people with low incomes, even though your annual income is above the eligibility threshold. It can be time-consuming and frustrating to revert to Covered California.

Another common problem, Knauss says, affects people who have employer insurance that ends Dec. 31. If this applies to you, be aware that you will get no subsidy for 2022 if you fill out an application this month and check “yes” when asked whether you have job-based insurance. You need to check “no” even though that’s not technically true at the time, Knauss says.

To avoid some of these pitfalls, find an insurance agent in your area who will walk you through all the options. Agents won’t charge you a penny.

You can find one on the Covered California website (www.coveredca.com). You can also fill out a form on the site to get a quick phone call from an insurance agent or another exchange-certified enroller. And you can get enrollment help by calling Covered California at 800-300-1506.

A word of caution: Some websites imitate the Covered California site, but their purpose is usually to generate business leads for insurance agents.

Jonathan Edewards, D’souza’s business partner at Citrust, says one of his clients thought he was filling out an application with Covered California and then got 20 calls from insurance agents within an hour. “You have to know that coveredca.com is the official website of Covered California,” Edewards says, “and everything else is suspect.”

Local Health Officials to Feds: Where’s the Rest of Our Monkeypox Vaccine?

Sleepless Nights Over Her Children’s Future as Debts Pile Up

Some Rural Hospitals Are in Such Bad Shape, Local Governments Are Practically Giving…