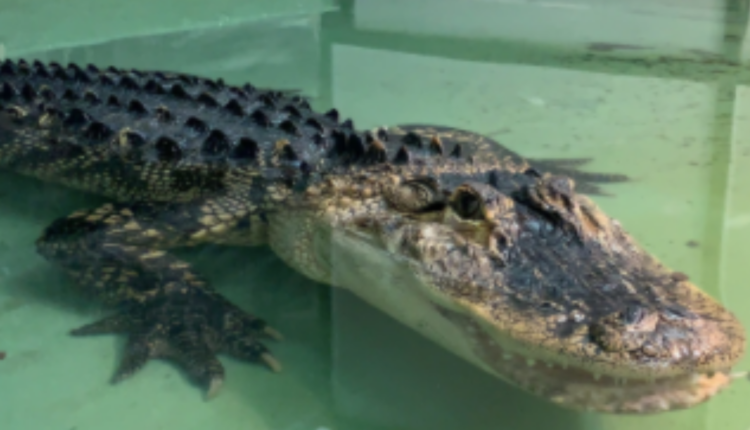 WEST VALLEY, Utah – Utah reptile trainer Lindsay Bull is in a good mood after a close chat with an alligator at the West Valley City, Scales and Tales Reptile Zoo. Video footage recorded by Theresa Wiseman shows the moment when Bull is dragged into the enclosure by an alligator by her arm.

We’ve seen close encounters with moose and mountain lions in Utah, but an alligator?

Bull told KSL NewsRadio that she was giving a birthday party tour of the alligators when the attack took place. Bull stopped at Darth Gator’s, an eight-foot American alligator enclosure, to show the kids how to feed the alligator.

She said the alligator was behaving more aggressively than usual and was getting too close to the platform while feeding. Bull tried to order him back into the compound, but he wasn’t listening.

The alligator then bit on Bull’s arm and began dragging her into the enclosure.

“He kind of bit it, and at first I thought, ‘Oh, I just bit.” Bull told KSL NewsRadio. “But then he really liked to take a bite and I noticed that there was danger.”

Bull described these actions by the alligator as an indication that it was preparing for a “death roll”. In the “death roll,” said Bull, the alligator tears off a piece of its food by rolling aggressively.

Fortunately, Bull’s training started. She rolled the alligator twice to keep from losing her arm.

“If he really wanted to rip my arm off, he would be gone,” said Bull. She was able to wrap her legs around the alligator when it stopped in the middle of the attack.

“I got into that position and just stared into his face in amazement. I don’t know – his mouth is there and my arm is in it, and I just go, please don’t turn again. That’s the only thing I could think of, “said Bull.

At that point, a participant on the tour, Donnie Wiseman, jumped on the alligator’s back to rescue Bull. An act that Bull himself only did once in training.

“I just can’t even explain how grateful I am,” she said.

After the attack, another participant’s wife jumped in and began providing first aid.

“At that point, Todd’s wife jumped in and began providing first aid. And she was really great, she just took control of the whole situation and I was really comfortable, ”explained Bull.

Bull said she thinks she will be friends with Donnie and Todd forever.

Bull sustained injuries and had to have an operation on her hand, but is expected to make a full recovery.