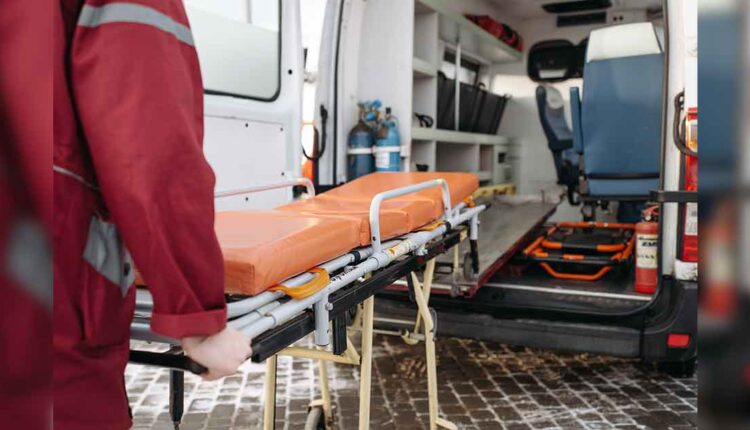 Janette Hileman, who was speaking on behalf of herself as well as Daggett County EMS, referred to the last Commission meeting in which Castle Rock Medical Center CEO Bailie Dockter discussed the transition Castle Rock has been going through to take over county-wide ambulance services.

She said the contract between Sweetwater County and Castle Rock does not define the boundaries of coverage.

“When Bailie made the comment that they have actually been responding into Daggett for us, I took it upon myself to print out all of our logs to show that that is not true. In fact, we have been covering our own area, quite adequately, and have been for the past three years,” she said.

She added that Daggett County is a fully-staffed ambulance service. Though it is a volunteer, she said they have one paramedic, another employee who will be a paramedic soon, and she herself is finishing her training to be a paramedic.

One of her biggest concerns was that since there are no boundaries defined in the contract, she is unsure who will be responding to areas around Washam, McKinnon, and at the Flaming Gorge.

“I am a Sweetwater County resident and I spend a lot of time at the Gorge and in Daggett County. If my family is there, I want an ambulance service that is close. And if you read the contract that is currently stated… it’s not defined who responds. Washam is in Wyoming, McKinnon is in Wyoming. We have covered both areas for Castle Rock,” Hileman said.

She continued by saying, “the one time that [Castle Rock] did respond to Washam it was a 50 minute response… Washam is roughly a less than 10 minute response for Daggett County. So my concern here is the citizens and what we need to do to rectify that so they can get adequate response time. I don’t want people dying.”

Hileman added that on a personal note, she is concerned with comments made by Dockter at the last Commission meeting in which she said that Castle Rock has hired about 95 percent of the Sweetwater Medics staff.

“I want the best care for my family. My family all lives in Sweetwater County and I am concerned that we are not going to get that,” Hileman said.

SweetwaterNOW reached out to Dockter for comment, however she did not respond by publishing time.