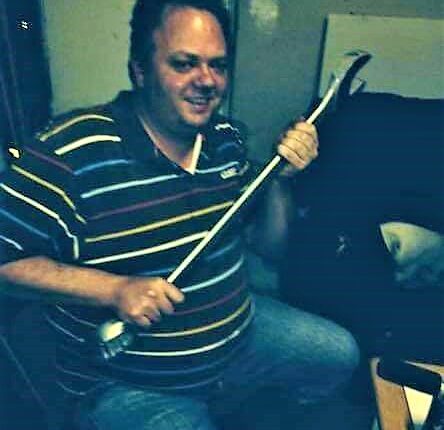 Dan was known for always being the life of the party and always having a funny joke or story to tell. Whether it was a bad day or a good day, he knew how to put a smile on someone’s face. Dan never met anyone he had no control over. Although he was a great man, his heart was bigger and of gold.

Dan was known for always joking someone, especially his oldest sister. Dan was proud of his little brother, who raised his family and always cared for his children.

When he lived in Salt Lake City, Utah, he ran an IT department for many years and was extremely talented at it. Over time, Dan moved to Orangeville, Utah to be closer to the family. On September 28, 2021, Dan’s golden heart stopped beating and he died peacefully in his sleep.

Dan looked forward to his sister Kim’s annual visits during his birthday week. The two were inseparable during this time. He named his two younger sisters Farah and Helen. He always hung up when he talked to his sisters and said if it’s wrong to love you I don’t want to be right instead of goodbye.

The family would like to offer special thanks to Emery County Nursing Home and Rehab for being so wonderful to Dan. We would also like to thank his house nurse Ashley, Dr. Gagon, and his nurses Susan and Jamie.

The services are overseen by Heritage Funeral Home. Family and friends can share memories and sign up in the online guest book at www.heritagefuneralhomeutah.com.