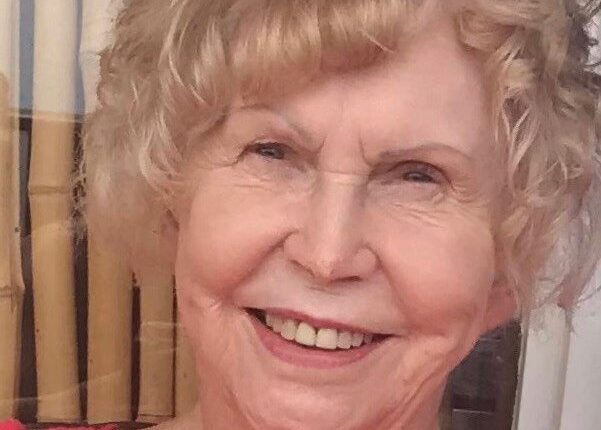 Diane Jones Call passed away at her home in Washington, Utah, on Sunday, July 17, 2022, surrounded by her family. She was a beloved mother, grandmother, sister, aunt, friend and wife of the late Howard Call.

Diane was born in Ogden, Utah, on July 22, 1931, to G. Miles and Althea Jones. Diane’s youth was spent in North Ogden where, as she quotes in her book, “My parents wrapped me in love, endowed me with confidence, filled me with pride and set a great example. My family had fun together and we enjoyed each other’s company.”

Diane was a voracious reader. Her thirst for knowledge was tamed by throwing herself into the world of books. She was known to read two to three books a week. Her younger days were profoundly influenced by World War II as she listened next to the radio and watched the drama of the war unfold. This launched her into a life mission of understanding history.

She graduated from Weber High, then attended the University of Utah. There she met, fell in love with and married Howard Call in 1953. After Howard enlisted in the US Army, the two of them set out for a life of adventure outside of Utah. They lived in San Antonio and El Paso, Texas, and later moved to Chicago while Howard attended dental school. Diane financially supported the family by working as a receptionist.

Diane and Howard returned to Utah and settled in Pleasant View to raise their family. Diane was a very artistic woman. She was an excellent seamstress. She made many beautiful items of clothing for her children, including nightgowns, dresses, pantsuits, dance costumes and cheer outfits. She enjoyed decorating in her own eclectic style. Later in life, she loved creating and designing jewelry.

Diane co-navigated camping and fishing trips to Yellowstone, Flaming Gorge and Lake Powell. She relished in the wonderful hours spent at the family cabin that her father had built near a river, in the mountains. She adored travel, she considered it a necessity. Paris was her favorite destination.

After raising her children, Diane returned to Weber State University and received her Bachelor of General Studies. She worked in Career Services at Weber State and loved her job, her co-workers and the students she helped.

In 2002, Diane and Howard moved to Southern Utah. They discovered classes through the Institute of Continued Learning (ICL) at the University. She took line dancing and history and was especially passionate about her photography and Photoshop classes. Diane also served on the ICL board, taught a class with the program and made many lifelong friends.

Diane took on the daunting task of writing a book. It is titled, “Thine Own Self.” She chose a subject for each of the 26 letters of the alphabet. In doing so, she realized that she would discover thoughts that would bring her to a better understanding of herself.

Diane was always happy and positive. She loved to laugh and had a witty sense of humor. She was irreverent at times, which always got a laugh. She was smart and enjoyed sharing her knowledge with others.

Later in her life, Diane followed her heart and quietly chose to take a path that veered from the traditions and beliefs of her childhood. Her bravery rippled outward, giving courage to others. The unconditional love she displayed allowed those she touched to be authentic and free. She loved deeply, even though she didn’t show it outwardly. In her final days, she admonished us to let everyone know how much she loved life and everyone.

She was preceded in death by her husband and parents.

Funeral services will be Saturday, July 30, at 11 am at Lindquist Mortuary at 2140 North Washington Blvd., North Ogden, Utah. Visitation will be held Saturday, prior to services, 9:30-10:30 a.m. at the same location. Interment will be at Ben Lomond Cemetery, North Ogden, Utah.

Arrangements are under the direction of McMillan Mortuary. The funeral service will be streamed live; go to the McMillan Mortuary website to see the service and also to share memories and condolences.