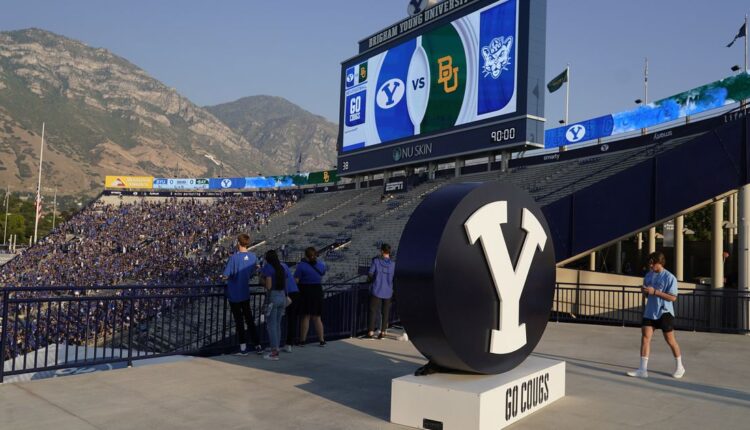 Do stars matter in recruiting? Or does development determine success?

Plus: Looking at BYU’s usage of the transfer portal and what the trends show.

There was a time in the not-too-distant past when former assistant coach Preston Hadley was lambasted by some fans for his outlook on recruiting.

If you forgot what it was, it went like this:

“I think [recruiting] is about trusting your own evaluation,” Hadley said. “If stars mattered then you would see all these marquee programs that have this rich tradition [of getting five-star recruits]you would see them in the playoffs each year.

“We just take a lot of pride in trusting our own evaluation, even if we are the only school that offered.”

At the time, Hadley got some pushback from the outside. How could a coach heading into the Big 12 have this take on recruiting? Because, even if recruiting stars isn’t foolproof, it generally does translate to success in the Power Five.

Just looking back at the last few seasons, the teams with the highest blue-chip rate, the percentage of the recruiting class that is four- and five-star recruits, are generally the ones in the College Football Playoff and competing in conference championships — the aspirational circle BYU is in now.

Looking at the Big 12, Oklahoma won the conference championship game four of the last six seasons. It also had the highest blue-chip rate in the conference during that time.

TCU won the conference this year. It had the highest-ranked recruiting class at the conference in 2018, 2019 and 2020 for everyone not named Oklahoma and Texas. It had a roster stocked with years of highly rated talent.

Translation: Recruiting stars does matter to some degree, especially where BYU is headed.

And this offseason it seemed like BYU started to acknowledge that. Hadley and most of the defensive staff were let go. Maybe that recruiting strategy was fading away, too?

“Looking at recruiting, I’m not looking at rankings and things like that,” Sitake said. “I know you guys do all that. We are looking at playing ability first and the versatility they may have.”

Then, when he was asked if BYU would start to move away from development — as has been its identity — to more ready-made players, he also balked.

“Development is always a part of our program,” he said.

And this signing class, at least the earliest stages of it in December, don’t show a significant bump in what would be considered the top players in the country. Only one player, tight end Jackson Bowers, was a four-star player, according to 247Sports.

The rest, well it looked like a class reminiscent of the pre-Big 12 days — the days when Hadley’s statement ranked true. This 2022 BYU class ranked No. 71 in the country, behind incoming Big 12-mates Houston and UCF. Those rankings can change in February, but probably won’t change enough to push BYU into even the middle of the Big 12.

Who knows? BYU could certainly be competitive in that conference even without a recruiting class that ranks highly on paper. It has happened, even if it is not often and certainly not consistent. But whatever happens, it looks like the debate between development and chasing stars is still ongoing in Provo.

Only now, it is a debate that will meet real consequences in 2023.

Taking stock of the portal

The churn of the transfer portal will be a steady beat until the end of January. It won’t be until then that BYU can take complete stock of where the roster is at.

But, for now, we can still monitor trends as to where the program is looking. For now, there are two glaring ones that stick out.

The first is the immediate help the program is getting on the defensive line. It makes sense for a program that was ranked 130th out of 131 teams in sacks during the regular season last year.

The Cougars signed Isaiah Bagnah and Jackson Cravens from Boise State, with a combined 14.5 sacks to their name. The numbers aren’t elite, but it adds some production to the unit. It also signed defensive tackle Wyatt Dawe from Southern Utah. Thus far, every defensive transfer has been on the defensive line. It will make the depth chart come spring interesting.

On the flip side, BYU still hasn’t picked up a transfer wide receiver. Sure it is early, but still a surprise given it will likely lose Gunner Romney, Brayden Cosper and Puka Nacua.

It might not be necessary to add a transfer, as BYU does have Keanu Hill, Chase Roberts and Kody Epps coming back. Yet, BYU has never had proven production when it is only those three on the field. Adding an experienced option for quarterback Kedon Slovis might be a safer idea.

Are you financially prepared for the next pandemic or recession? – St George News