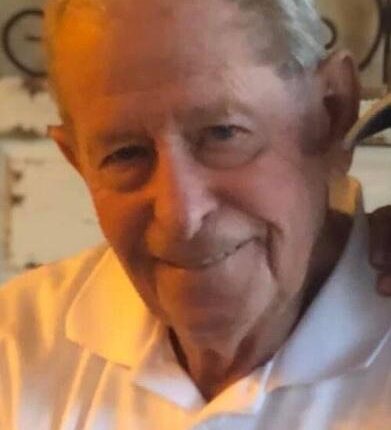 Douglas Henry Bohn died on Tuesday, October 12, 2021, in Grand Junction, Colorado, of complications from a heart attack. He was born on January 23, 1935 in Redmond, Utah, to Phyllis Christensen and Henry Bohn.

Doug earned his GED in the US Navy, where he served during the Korean War. He was on vacation when he met his lover, Karen Robertson. They agreed to meet for a short time before he had to go back. During his next short vacation, they married on February 21, 1955. They raised their four children happily and lovingly in Moab with their family and many close friends. After retiring, the couple enjoyed traveling together across the western United States and Canada. Karen died on October 31, 2010.

Doug later married Olivia Delong on March 17, 2012 and they enjoyed many happy years together and time with great-grandchildren. Doug served in the Moab Police Department and then as a driver’s license examiner. Everyone in town had to take their driving test, and he usually didn’t pass it the first time (especially his own children). He was an active member of the LDS Church and loved serving others through his many callings there. He and Karen worked in the LDS Family History Center for many years, helping many residents with their family history. He also loved being a Little League coach. He was a really nice guy all round that everyone in town knew and loved because he was generous and kind and loved and accepted people for who they were without judging them.

As a grandpa, Doug was known to be the best. He would come down to her level and ride around and usually get into trouble with Grandma. He could be persuaded to do anything the grandchildren wanted to do. He always made sure that his children and grandchildren had opportunities for fun, adventure, and education. You never doubted his love and admired his physical strength and strength of character. It is the standard by which all men should be measured.

Doug is survived by his loving wife Olivia; his children, Kenneth Bohn (Brenda) of Vernal, Utah; Jay Bohn of Moab; and Stephanie Zvonek (Tony) of Kaysville, Utah; his nine grandchildren and nine great-grandchildren; his sister Taunnie Soderberg of Salt Lake City; his brother-in-law, Kent Robertson (Darlene) of Gilroy, California; his sister-in-law, Linda Harris (Dale) of Richfield, Utah; and many nieces and nephews. His parents preceded him in death; his brother Roger Bohn; his lover Karen; and his beloved daughter Kristen House. He is buried next to Karen and his daughter Kristen in the Sunset Memorial Gardens Cemetery.

The funeral will take place on Friday, October 22nd at 11 a.m. at the LDS stake center, 701 Locust Lane. Friends can call before the service from 10 a.m. to 11 a.m. The burial takes place in the Sunset Memorial Gardens Cemetery in Moab with full military honors. They can also send their condolences to the family at www.spanishvalleymortuary.com