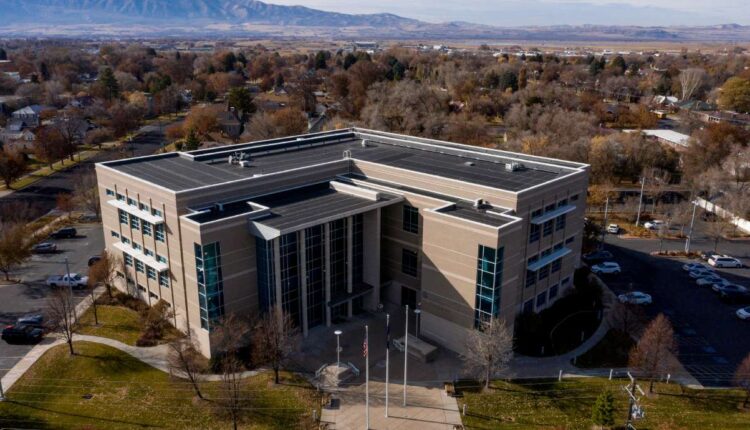 A Vernal man was charged Monday with lighting a fire in the Cache County Jail earlier this month, as well as possessing three makeshift knives. (Spenser Heaps, Deseret News)

LOGAN — A Vernal man is accused of starting a fire in the Cache County Jail and possessing weapons in his cell.

Joseph Isaac Moralez, 26, was charged Monday with aggravated arson, a first-degree felony, and three counts of possessing items prohibited in a correctional facility, a third-degree felony.

On May 17, deputies at the Logan jail were doing a routine check of a cell block when they could smell burnt paper. Deputies believe that Moralez had used pieces of broken graphite from a pencil to start a piece of paper on fire in the common area of ​​the cell block, charging documents state.

Moralez can allegedly be seen putting graphite into both sides of an electrical socket and using a third piece to connect the circuit, which caused the graphite to heat up and start the paper on fire. The camera footage shows a bright flash when he connected the circuit, according to the charges. Deputies found burnt paper and graphite during their investigation.

Deputies later searched Moralez’s cell and found “three pieces of plastic that had been, or are in the process of being filed down to create sharp objects,” charging documents allege. The sharp objects are referred to as “shanks,” or makeshift knives used to harm others.

Utah court records indicate Moralez was placed in the Cache County Jail by the Utah Department of Corrections. In 2017, Moralez was charged in Uintah County with aggravated burglary of a home. He pleaded guilty in August 2018 and was sentenced to a term of five years to life in a state prison.