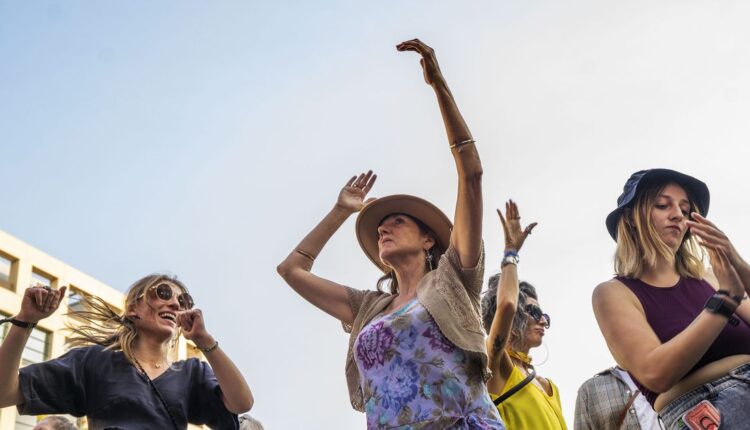 (Rick Egan | The Salt Lake Tribune) Arts festival revelers dance to the sounds of Super Bubble, at the Salt Lake Arts Festival, on Saturday, Aug. 28, 2021. For this year’s festival, there will be nine national headliners, ranging from jazz to pop to country.

After a year off and a year delayed, the Utah Arts Festival is back to its June date, bringing together a wide range of arts disciplines — visual arts, music, dance, film, literary performance, food and more — to downtown Salt Lake City .

Organizers of the arts happening — set for June 23 to 26 at Library Square and Washington Square (200 E. 400 South, Salt Lake City) — announced Friday the nine headlining musical acts slated to perform. The nine are the most “musically diverse mix of headliners” the festival has ever presented, organizers said.

Here are the headliners for the 46th annual Utah Arts Festival:

• Lyrics Born (June 23, 9:30 pm): A Japanese-American rapper, who is also part of the Latyrx with Lateef the Truthspeaker duo.

• Judith Hill (June 25, 9:30 pm): This pop-soul singer-songwriter started out as a backup singer, was profiled in the documentary “20 Feet From Stardom,” and was chosen to sing “I Just Can’t Stop Loving You” with Michael Jackson for the star’s never-performed “This Is It” concerts in 2009.

• Leyla McCalla (June 26, 7:45 pm): An American classic and folk musician, who was a cellist with the Grammy-winning band Carolina Chocolate Drops.

A complete schedule of music acts can be viewed at uaf.org. Ticket information and passes are available at https://uaf.org/tix. The festival’s hours are noon to 11 pm Thursday, June 23, through Saturday, June 25, and noon to 9 pm Sunday, June 26.

Journalists Recap News on Reproductive Health, From the Abortion Debate to C-Sections