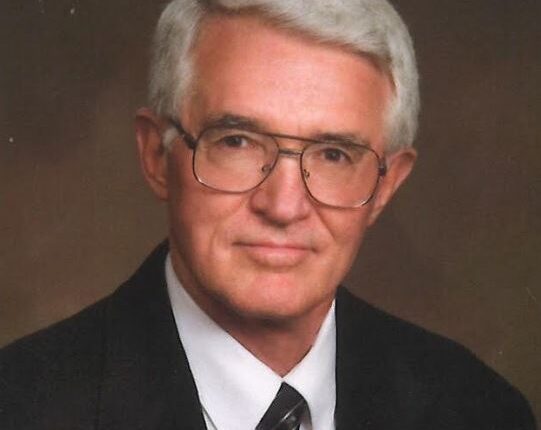 South Ogden, Utah: On December 6th, our husband, father, and grandfather Earl DeVon Deppe returned home to his Heavenly Father, where his mind and body are healthy again after battling Alzheimer’s and cancer.

DeVon was born on November 6, 1941 to James Earl and Edith May Muir Deppe at LDS Hospital. They lived in West Bountiful with his sister JoyLyn.

Shortly after graduating from high school, DeVon completed six months of military training in Fort Ord, California and Fort Rucker, Alabama. He served a mission for The Church of Jesus Christ of Latter-day Saints in Northern California.

At BYU, DeVon met Bonieta Cook from Colorado and married her. In 1966, their sons Kevin and Keith were born nine months apart. DeVon received his first degree in accounting in 1967. Their first daughter, Carla, was born in 1968 while working for a national accounting firm in Oregon. In 1970 DeVon received his Masters in Accounting. His third son, Brian, was born in Parowan, where he taught accounting at Southern Utah State College (now SUU in Cedar City). Their second daughter, Erin, was also born in southern Utah. From 1975 to 1978 he completed his law degree at BYU and their last daughter Lara was born while teaching accounting at BYU.

DeVon and Bonieta moved to North Ogden after completing their doctorate in law. He was a professor at Weber State College (later WSU) for graduate bookkeeping, taxation and law. He worked part-time as a lawyer specializing in taxes and estate planning.

With his life firmly built on the rock of His Savior Jesus Christ, DeVon spent countless hours in the temple doing family history research. He has served the Lord in numerous callings, including multiple dioceses, bishop, stake executive secretary, stake finance officer, and others.

Many people came to DeVon for wisdom and advice, especially his children. He was always ready to use his priesthood power to bless his family.

DeVon loved to sing, dance, and snap his fingers. Although Alzheimer’s disease took a lot, the love for music persisted. He’s an extremely hard worker. He is a teacher. He is kind, wise, and gentle.

The family would like to thank the IHC Hospice for looking after our father in his last few weeks.

Myers Mortuary (845 Washington Blvd. Ogden, Utah) will be viewed on Sunday, December 12th from 5:00 PM to 7:00 PM. 10:00 AM DeVon’s service will be available on his obituary page on the Myers website at www.myers -mortuary.com streamed live where it will stay indefinitely.

Bring your family to dinner instead of flowers.