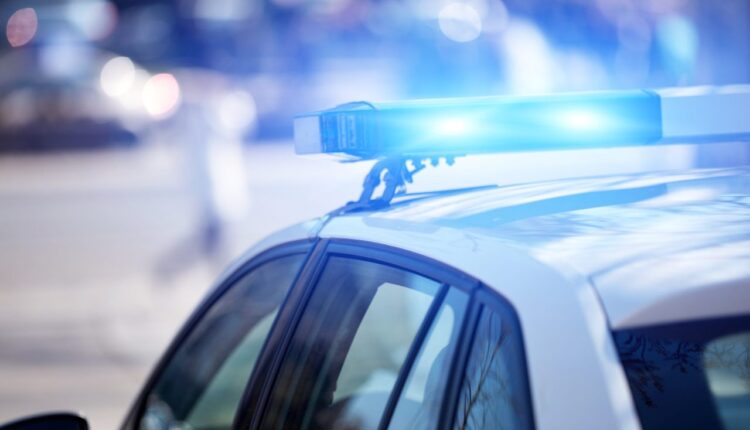 WASHINGTON COUNTY, Utah (ABC4) – A bomb squad was called in and a woman was arrested after a traffic stop in Hurricane Thursday evening.

According to a probable cause statement, at around 8:15 pm, an officer with the Hurricane Police Dept. observed a red 2010 F150 “fail to come to a stop before the white stop line” on the roadway.

The officer states that after stopping the vehicle and speaking with the woman driving, she appeared to be trembling and nervous.

The woman, 38-year-old Brittany Christine Williams, reportedly told the officer that there was a warrant out for her arrest from the Iron County Justice Court for retail theft.

After a records check, the officer noticed that she had drug involvements in the past, and requested a K9.

Williams was placed under arrest, and authorities say a K9 search came up positive, allowing officers to do a search of the vehicle.

During the search, officers reportedly found a blue and white glass pipe containing a white substance, and the statement reads, “Based on my training and experience, I recognized the glass pipe to be used to smoke methamphetamine.”

Officers also reportedly found a clear tube containing a black powder substance, and after communicating with the Washington County Bomb Squad, determined that the black powder was smokeless gunpowder.

The officer says that the tube had an orange cap on it, and that in the cap was a green fuse mechanism about a foot long. The statement says, “With these components combined, it makes an improvised explosive device which no reasonable person should possess in the center console of a vehicle.”

A bomb technician arrived on scene and removed the powder from the tube, which reportedly burnt at a low flashing point afterwards.

Williams was booked into the Washington County Jail on the following charges: