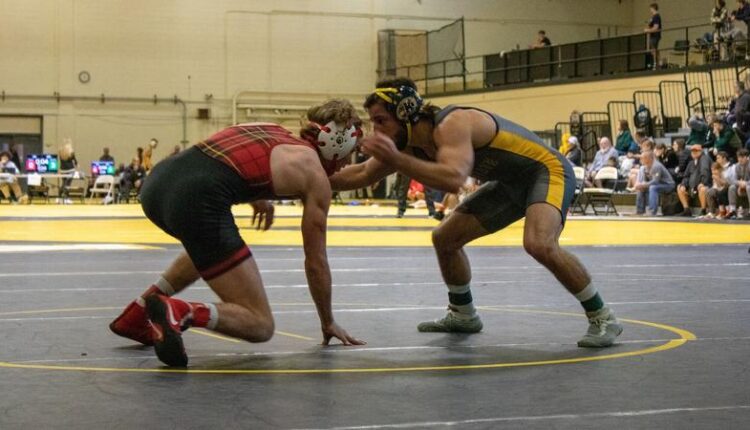 Ferri was seeded second in Saturday’s bracket and rolled through the first three rounds. Ferri got a first-round bye, then defeated Logan Jaquay of Edinboro by a 14-3 major decision. He then dispatched Nick Provo of Stanford, winning a 16-9 shootout to earn his way into the title match. Top seeded Caleb Smith of host App State awaited, but Ferri earned a 5-2 victory to capture the title.

Enrique Munguia backed up his title at last week’s Clarion Open with another strong showing. The 165 pounder won in a myriad of ways, earning a first round decision, a second-period fall in the wrestle backs and a major decision to earn his way through the consolation bracket and into the third-place bout. There he met up with Roderick Mosley of Gardner-Webb and looked to avenge an early loss. The sophomore was able to do so, griding out a 5-3 victory to secure the third-place crown.

Kody Komara was seeded fourth headed into Saturday’s invite and wrestled to a fifth-place finish. Komara started off with an 8-2 win over Jacob Pail of Edinboro and followed that up with a solid 4-3 win over MAC rival Alec Hagan of Ohio. Komara dropped into the consolation bracket after a loss to top-seeded Jonathan Milliner of App State. Komara then battled in the consolation bracket to a fifth-place finish.

Blake Schaffer made his college debut this weekend, and wrestled to a sixth-place finish at 197. Schaffer picked up his first win, a 6-1 decision over Jack Kilner of Edinboro en route to sixth-place.

Full results of the App State Invite are available here. Kent State is back in action and again on the road next weekend, heading to the Navy Classic at Annapolis next Saturday.