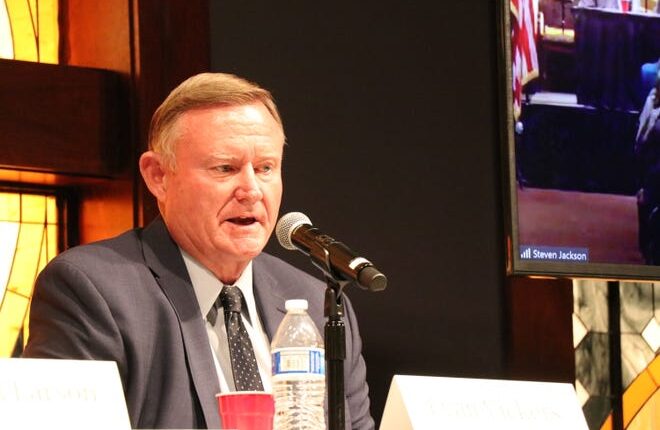 Utah’s Republican and Democratic parties have named their new leadership teams for the 2023 legislative session after Tuesday’s midterm elections, and southern Utah’s Sen. Evan Vickers was picked to keep his spot as Senate Majority Leader.

“It is an honor and privilege to be selected by our colleagues to the Senate majority leadership team once again,” the Senate leadership team said in a joint statement released on Thursday. “We are grateful for the opportunity to work with legislators in the Senate and the House, as well as the governor, to find solutions to issues that will strengthen our state and help Utahns reach greater personal and economic success.”

In the House, Republicans again picked Brad Wilson, R-Kaysville, to stay on as House Speaker.

“We are eager to come together and begin the important work ahead as a new leadership team to support our constituents and the state of Utah,” the minority leadership team said in a joint statement. “The role of the Senate Minority Caucus is to not only advance meaningful policy solutions in the face of our state’s pressing issues, but it is also our responsibility to elevate the voices of those who are often sidelined or underrepresented.”

House Democrats were scheduled to announce their new leaders after Nov. 22, waiting for election results to be officially certified.

David DeMille writes about southwestern Utah for The Spectrum & Daily News, a USA TODAY Network newsroom based in St. George. Follow him at @SpectrumDeMille or contact him at [email protected] To support and sustain this work, please subscribe today.