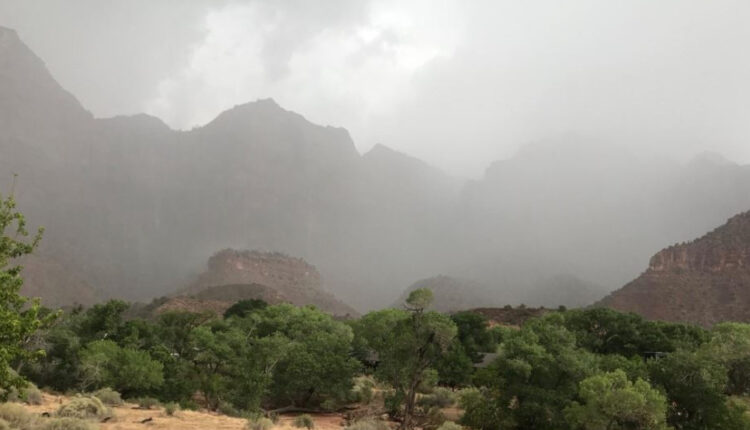 A life-threatening flash flood warning has been issued for southern and western central Wayne County and northeastern Grand County in central Utah and south-central Uintah County in northeastern Utah.

Alerts for Grand and Uintah districts will last until 5:45 p.m. after 1 to 5 inches of rain has fallen, with an additional 0.5 inches possible in the area. “Floods are underway or expected to begin shortly,” the official warning said. Floodplains in the Grand and Uintah counties include those north of Interstate 70 in the Grand Flat desert.

“Stay alert to flooding in places where it doesn’t rain,” said the National Weather Service. “Arroyos, creeks, and rivers can turn into raging, deadly currents in minutes, even in distant rains.”

Flash floods are specifically expected at Sulfur Creek within Capitol Reef in the Freemont River.

NWS said between half an inch and 1.25 inch of rain have fallen in the areas. Flash floods are said to continue or begin shortly in the upper reaches of Sand Creek Wash to the confluence of Sulfur Creek and through the city of Torrey.

“Currents are also expected from Sunglow Canyon near the town of Bicknell,” said NWS.

Motorists are advised to “turn around, don’t drown” when the road is flooded.

Analysis: Necessary or Not, Covid Booster Shots Are Probably on the Horizon