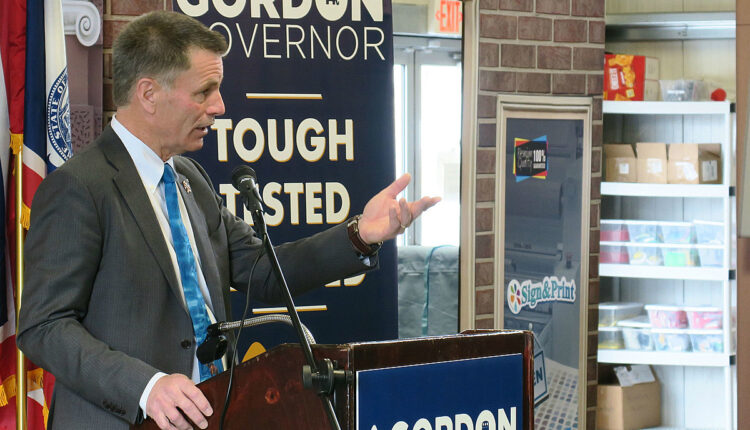 The report showed that all major states exceeded the January 2022 CREG forecast, with the General Fund forecast increasing by $328 million, going from $2.25 billion in January to $2.58 billion in October.

The revenues from the Budget Reserve Account, which includes severance taxes and federal mineral royalties, projections increased by $410 million, going from $515 million in January to $925 million in October.

Combined revenues from the reserve account and the general fund show an increase from January 2022 forecast by $329.4 million.

Gordon said in the release:

“I am heartened by the higher-than-forecast state revenue picture reflected in the October CREG Report. However, this welcome news is not cause for excessive celebration or reason to relax our fiscal conservatism,” Gordon said.
“We must remember that there has been a lot of volatility in our mineral revenues over the past few years, and that remains a concern for our future. Wyoming continues to face a series of headwinds from a variety of factors, including a federal energy policy and misguided investment mandates that are hostile to our state’s primary industries.While it is encouraging to see consumers appreciate the value of dependable and dispatchable energy, the improved revenues driven by higher energy prices – including fossil fuels – has been offset by the inflation the global economy has been experiencing. This is the time when Wyoming must look to her future and make wise investments that will bear fruit for future generations.”

At a joint appropriations committee meeting on Wednesday, Don Richards, Co-Chairman of the Legislative Service Office, said that the reason for the increase in revenue is due to the increase in oil and gas prices, increase in taxes, reserve accounts, and mineral royalties.

“The forecast oil prices was $60 for the calendar year, it’s looking like $99 through the first six months of this calendar year, average Wyoming price,” Richards said. “Natural gas, we had forecast $3.50 for MCF. It is $6.98 average price calendar year through June. Higher sales and use taxes, and some modest capital gains from the legislative stabilization reserve account. This is cash on hand rounded $329 million for the general fund budget reserve…a look at the actual revenue for K12 exceeded our forecast by $146.8 million.$109 ​​million came from mineral royalties, $22 million came from the 12 mill assessed valuation on assessed land throughout the state, and about $15.6 million came from other revenue sources, mostly leases, car taxes, etc.”

Richards said the Legislative Stabilization Reserve Account (LSRA), a rainy-day fund set up in 2005, they think could lose money this year, and while they did increase some estimates, they’re still less than the money Wyoming made in the past 10 years.

“The one area where you do have risk is with the LSRA,” Richards said. “You enjoyed about $48 million in realized gains from the LSRA last year. Not only did we not include gains, but this year we’re sticking to our same CREG methodology, we do not forecast losses, nor do we forecast gains. It is possible, if not probable, to expect realized losses this year in the LSRA…The long-term decline is still evident [Federal Mineral Royalties]we are not forecasting a return to the heydays of 2012. All of our forecasts are lower in future years than currently.”

Gordon said in the release that he’s putting out his supplemental budget proposal on Nov. 18.

A Little Bit About All 23 Wyoming Counties

How owner-occupancy regulations are contributing to the housing crisis