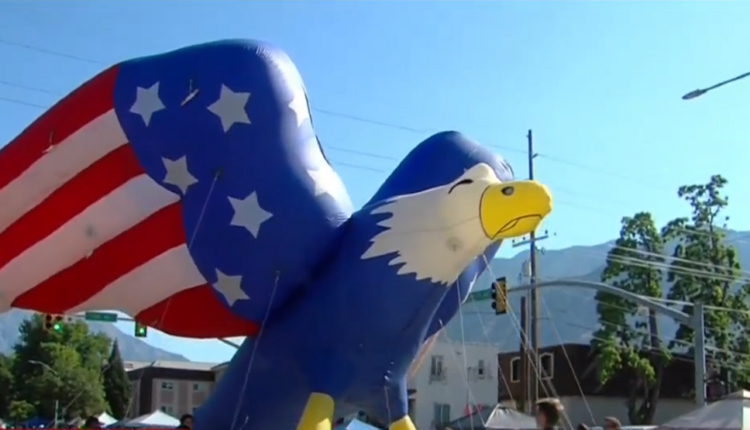 Provo Police are reminding the public that several streets in downtown Provo are closed due to the Grand Parade.

In the illustration below, the red line represents the parade route, while the blue line shows the designated detour routes through the city center.

Drivers are asked to drive slowly when crossing the city center and to watch out for pedestrians.

Approximately 300,000 spectators will line the downtown streets all morning.

Some camped overnight until Sunday.

The parade begins Monday morning at 9:00 am and will include multiple floats, giant balloons, and music.

Completed mural in downtown Ogden: “It’s About Us” | Local news