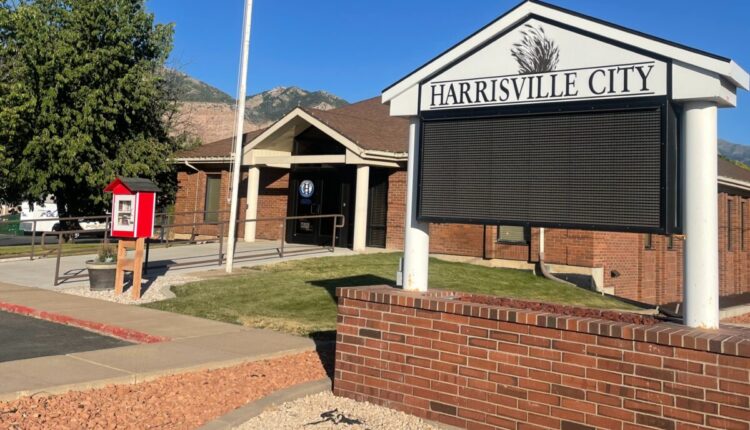 The outside of the Harrisville municipal building is pictured Monday, July 11, 2022.

The outside of the Harrisville municipal building, pictured Monday, July 11, 2022.

The outside of the Harrisville municipal building is pictured Monday, July 11, 2022.

Now, though, they’re mulling a big hike — more than doubling taxes — as the city grows and demand for services and personnel increases. The increase will be the focus of an open house hosted by the Harrisville City Council on Tuesday, with a truth-in-taxation hearing set for Aug. 2.

“We want people to know how it’s going to affect them,” said Harrisville Mayor Michelle Tait. She doesn’t want the public to think the debate is occurring without their input.

The increase, as proposed, would bolster property tax collections for the city for 2023 to an estimated $941,570, up from the $354,030 that would be allowable under state law without a tax hike hearing. That’s an increase of around 166%, and if it’s ultimately approved, taxes on a home worth $420,000, the median value in Harrisville, would go from $130.28 to $346.50, according to figures from the Weber County Clerk-Auditor’s office.

The outside of the Harrisville municipal building, pictured Monday, July 11, 2022.

“Doing that did not do the city any justice,” she went on, because of the added burden to city workers who remained and the reduced level of services available to the public. The city hasn’t increased taxes beyond what the state allows from year to year factoring growth, she went on, and now “we’re catching up.”

Harrisville is one of many cities and taxing entities mulling tax hikes this year, including the Weber and Ogden school districts as well as Ogden, Riverdale, North Ogden, Roy and South Ogden. The Harrisville tax hike proposal was the focus of discussion by the Harrisville City Council at meetings in May and June but Tait says she’s withholding judgment for now on how the public will react.

“I guess we’ll see how it is tomorrow night,” she said Monday. Tuesday’s open house starts at 6:30 pm and will be held at City Council chambers at 363 W. Independence Blvd., in Harrisville.

At any rate, she indicated that as Harrisville grows, demand for city services grows, requiring more funds to hire workers and keep pace. Nine new developments are planned or proposed in Harrisville and that requires more planning officials, inspectors and others.

No formal action is expected at Tuesday’s meeting. The truth-in-taxation hearing, when the public may offer formal comment on Harrisville’s tax hike plans, is set for Aug. 2 at 6 pm at City Council chambers.