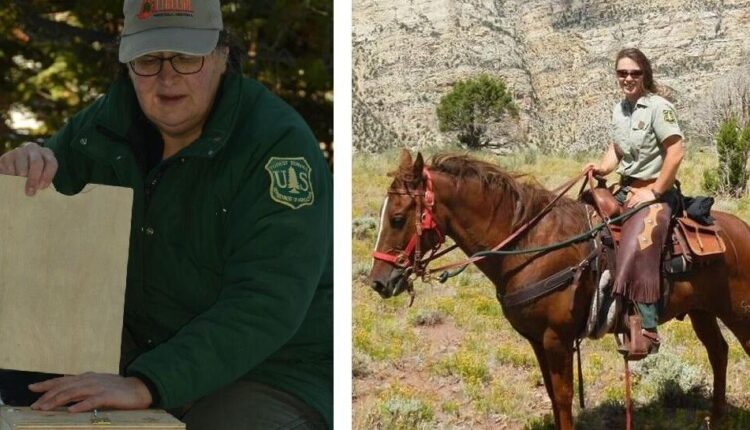 “Both Ryan and Smith have dedicated their careers to navigating challenging natural resource management issues while prioritizing local communities,” Forest Supervisor Emily Platt said in an email, adding she looks forward to the role they will play in working with local communities and advancing land management priorities of the forest.


Ryan is a third-generation Forest Service employee from Dillon. She studied western US history and rangeland management at Montana State University. In 2009, she obtained her masters of science in recreation management from the University of Montana.

While at school and for two years after graduating, she worked for the USDA Forest Service’s Region 1 Historic Preservation Team.

She came back home to Montana in 2017 as the district ranger for the Beaverhead – Deerlodge National Forest’s Wisdom Ranger District. She will start as the deputy forest supervisor for the Helena-Lewis and Clark National Forest on Aug. 29.

Smith will become the permanent Belt Creek – White Sulfur Springs District Ranger in September after serving as the acting ranger since late May. Smith is a native of Great Falls and developed her love of nature while roaming the forests and prairie on her family’s homestead near Helena , forest officials said. Smith has a bachelor’s degree in wildlife biology and a master’s degree in resource conservation, both from The University of Montana. Smith has been the manager of the Tenderfoot Creek Experimental Forest, west of Kings Hill, since 2012.


She oversaw maintenance of the facilities and collection of the long-term hydrology and forest ecology data. She has served as the primary liaison between the Rocky Mountain Research Station, university researchers and Belt Creek-White Sulfur Springs National Forest decision makers.

She has served as an ecologist at the Missoula Fire Sciences Lab for 17 years. She enjoys hiking, walking, ice fishing and hunting with her husband and their friends.

Visit: https://www.fs.usda.gov/hlcnf to learn more about the Forest.