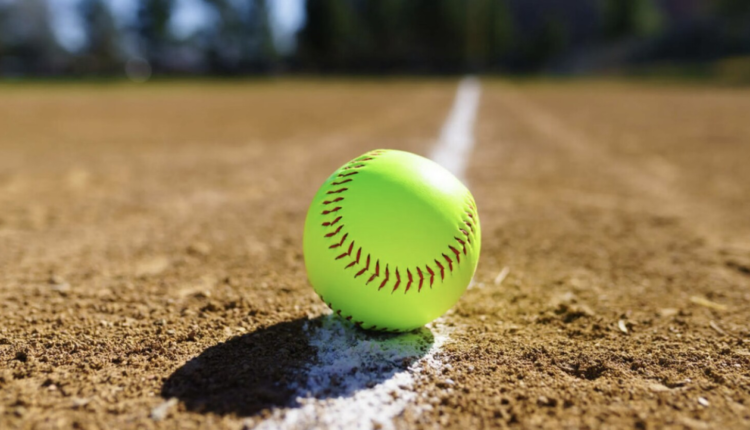 Finau Langi had four RBIs as Highland jumped all over Provo with 15 runs in the first inning as it easily prevailed in the 5A play-in game at Payson High School.

Libby Clark and Kenna Cowley both drove in three runs as Woods Cross scored seven runs in the fifth inning and then six more in the seventh to pull away from Olympus for the 5A first round win.

Aleiah Brannin had eight RBIs including two homers and a double to lead No. 23 Timpview to the lopsided win over No. 26 Mountain View. Abigail Hansen also threw a complete game in the four-inning victory.

Abby Southern doubled, homered and drove in five runs while Adilee Dake tripled and drove in four more runs as No. 22 seed Alta rolled to the easy win over No. 27 Hillcrest.

No. 21 seed Skyline used a big five-run third inning to pull away from No. 28 seed Brighton for the 5A first round win. Annie Teynor drove in four runs to lead the Eagles.

Aubrie Hansen threw a complete game with seven strikeouts as No. 20 seed Toolele beat no. 29 seed Park City in just three innings. Caitlyn Marshall also knocked one out of the park for the Buffaloes.

Amaya Porter threw a complete game with 11 strikeouts to lead No. 19 Northridge to the easy victory over No. 30 Jordan in the 5A first round. Porter also hit a double, with Kadence Chourno’s homering, tripling and finishing with two RBIs.

No. 18 seed Maple Mountain scored 15 runs on 11 hits en route to the five-inning victory over No. 31 seed Cottonwood. Olivia Aanerud led the way at the plate with a home run and three RBIs.

No. 17 seed Payson blanked no. 32 Highland in three innings for the easy 5A first-round victory. Cambry Patridge and Hailey Mangum both tripled and drove in three runs in the victory.

Braelynn Anderson pitched a complete game and only allowed two runs on six hits as No. 8 seed Mountain Crest Edge No. 9 seed Deseret Hills in Game 1 of the 4A first round series. Autumn White had a solo home run to highlight the offensive effort for the Mustangs.

No. 4 seed Snow Canyon made quick work of No. 13 seed Logan in Game 1 of their first round series as it scored 13 runs in the first inning. Anyssa Montano, Meah Stafford and Alyssa Staheli all drove in three runs to lead the Warriors.

No. 5 seed Hurricane jumped out to 6-2 lead on No. 12 seed Pine View in the first two innings and never looked back for a win in Game 1 of the 4A first round series.

No. 11 Cedar City edged no. 6 seed Sky View in a back-and-forth effort game in the Game 1 of the 4A first round series. Braylee Petersen homered and drove in four runs to led the Reds.

No. 7 seed Dixie blanked no. 10 seed Green Canyon in five innings in the first game of the 4A first round series. Reese Monson and Jamelle Mullins each recorded a home run and two RBIs to lead the Flyers.

Indee Jones homered, drove in three runs and also picked up the victory on the mound with five strikeouts as South Summit edged Carbon for the win in the 3A winners bracket.

Tiffany Hermanson and Ashley Rasmussen both homered as No. 3 Manti edged no. 2 Grantsville for the win in the 3A winners bracket at Spanish Fork Complex. Hermanson picked up the victory for the Templars.

Sidney Webster, Kenlee Clove and Saige Hancock all homered as Canyon beat Carbon in 10 innings to keep its season alive in the 3A one-loss bracket.

Grand stunned Grantsville to advance in the 3A one-loss bracket as Paige Carroll went 3 for 3 with three RBIs and two home runs.

Paige Shumway struck out nine and only allowed one run as Grand won its second straight game in the 3A one-loss bracket to keep its season alive in the 3A state tournament.

Tiffany Hermanson hit a two-run homer, which proved to be the difference for Manti as it edged South Summit for the victory in the 3A winners bracket. Hermanson picked up the victory on the mound.

Addison Nelson wet 2 for 3 with a home run and three RBIs and then Blakelee Christiansen had a great day on the mound striking out four and only allowing one hit over five innings as Enterprise made quick work of Beaver to advance in the 2A winners bracket.

Kelsey Grant went 2 for 4 at the plate with an RBI and then on the mound only allowed three hits while throwing six innings of shutout softball to lead Duchesne to the victory in the 2A winners bracket.

Addy Marshall went 2 for 4 with five RBIs as Beaver outlasted Gunnison Valley in a slugfest in five innings. Beaver scored nine runs in the fourth inning to pull away. Star Moon, Sam Atkin and Brynley Howley each drove in a pair of runs for Beaver.

Millard kept its season alive as it jumped out to a 4-0 lead after two innings and then pitcher Shaylee Burraston made it hold up as the Eagles advance in the 2A one-loss bracket.

Millard jumped all over Beaver with four runs in the top of the first inning as it kept its season alive in the 2A one-loss bracket.

Addison Nelson homered and drove in two runs to provide the offense as Enterprise continued its march through the 2A state tournament with the victory over No. 1 seed Duchesne.