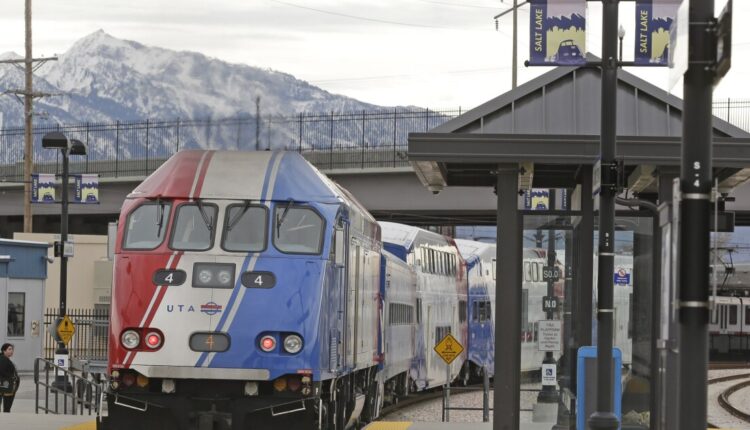 High speed rail in Utah? UTA says sure, if the money’s there

Could high-speed rail be in Utah’s future? gov. Spencer Cox thinks so.

Imagine getting on a train in downtown Salt Lake City after eating breakfast and hopping off 300 miles later in St. George just in time for lunch.

During his October monthly news conference, Gov. Cox said a high-speed connection in Utah is a target for the future.

“I would love nothing more than to have some sort of high-speed rail transportation between Salt Lake City and St. George,” he said. “I believe it can happen in my lifetime and hopefully before I’m too old.”

High-speed rail isn’t a novel concept, but it has yet to be implemented in the United States at a large scale.

There is only one Amtrak line, the Acela that runs between Washington DC and Boston, that travels at speeds upward of 150 miles per hour. There are no high-speed trains in the western US, although California is trying to build a line connecting Los Angeles and San Francisco. The cost for that project is currently over $100 billion.

Transportation departments in Utah, Nevada and Idaho recently expressed interest in exploring a traditional passenger rail line connecting Boise, Salt Lake and Las Vegas. The fate of that expansion is still up in the air and the Utah Transit Authority’s current commuter train service, FrontRunner, provides service between Ogden to Provo.

Despite the lack of high-speed infrastructure, state transit officials say there have been talks about what a system could look like.

“We’ve had initial discussions over the last three years of the possibility [of high-speed rail],” said James Larson, who works in strategic communications at the UTA. “What would it take? How much would it cost? Federal regulations? Environmental studies and feasibility studies? No money has been set aside for that type of study. We would have to conduct a study before we could even consider this.”

Although the reality of state-of-the-art railroad technology in Utah could be years off, Cox encouraged exploring the idea.

“I recognize that that is many years down the road, but those are the types of conversations and planning that we absolutely should be doing.”

Larson said hundreds of miles of new track would have to be built for high-speed rail and the price tag just to study the feasibility of the concept could be in the hundreds of millions of dollars.

Still, that doesn’t mean connecting Salt Lake and St. George with a high-speed train is as far-fetched as it might sound.

“Anyone that’s driven [Interstate 15] knows that it is a long stretch of road,” he said. “[High-speed rail] isn’t feasible in a high metropolitan area, but in an area where you’ve got miles and miles of tumbleweed and grass, high-speed rail starts becoming a reality. It’s the same in other countries, most of their high-speed trains are out in rural areas because it’s just way too dangerous.”

Whether the idea gains any traction with other state leaders largely depends on money.

“Yeah, [high-speed rail] could be a possibility,” Larson said. “Who knows if it’s 10, 20, 30, 40, 50 years out there before we finally get something like this, but if there’s funding available, anything is possible.”