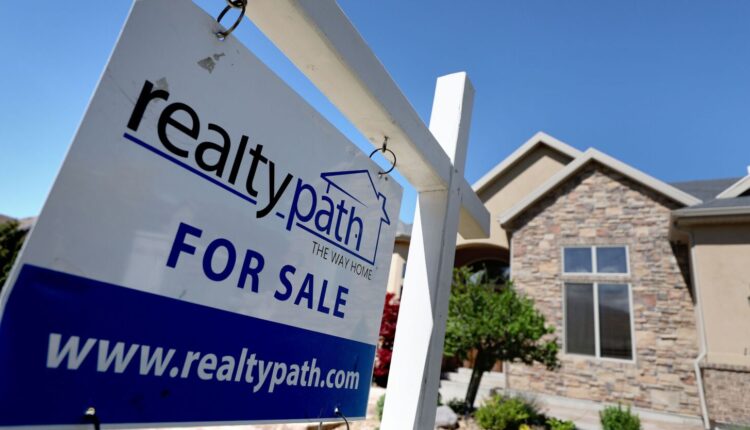 As would-be homebuyers are getting turned off or priced out by climbing mortgage rates, the housing market is cooling, leading to a boost in home inventory.

As a result, Utah’s major metro area of ​​Salt Lake City was one of the top housing markets in the nation to see the biggest boost to year-over-year inventory last month.

That’s according to the latest figures from RE/MAX, which released its May national housing market report Friday.

By the numbers: Salt Lake City saw a 110.8% change in its year-over-year months supply of housing inventory from May 2021. The only other metro area that saw a bigger boost to inventory was another housing market that exploded during the pandemic: Coeur d’Alene, Idaho. There, the month’s supply of inventory increased by 111.9% year-over-year in May, according to RE/MAX.

So while inventory saw a boost as sales slow, that doesn’t mean there are suddenly plenty of homes to buy. Utah’s housing shortage persists, the market is still extremely tight, competition is still ruthless and prices remain as high as ever.

And that was before the Federal Reserve’s latest 0.75% rate increase announced Wednesday, the biggest single hike since 1994. As a result, the average 30-year fixed mortgage rate topped 6%, its highest level since before the 2008 financial crisis, up from just 3% at the start of the year.

Housing experts here have predicted rising rates will cause the Utah market to slow from what’s been a two-year frenzy — but that doesn’t mean a bubble is about to burst and home prices are about to fall.

Experts continue to remind us that Utah — and the nation — still face a housing shortage that’s in large part contributed to home price increases that have only accelerated amid the home-hungry frenzy that was sparked amid the COVID-19 pandemic as many Americans, set Free by remote work, reevaluated their lives and decided to sell, buy or move.

What’s happening to the US housing market: Even though May is usually one of the busiest months for home sales, home sales across the US were 8.5% lower than May of 2021, RE/MAX reported. However, sales are still up 5.8% over April of this year.

Inventory is growing slightly — May marked the second consecutive month to see US housing inventory tick up this year. May is also the first month of this year to top inventory levels compared to 2021.

“A decline in home sales isn’t entirely unexpected given the higher mortgage rate environment, but the gains in inventory are welcome news for buyers who are now starting to see a few more listings come onto the market during their home search,” Nick Bailey , President and CEO of RE/MAX said in a prepared statement Friday.

“Options in multi- and single-family housing are there that weren’t available just a few short months ago. Affordability remains a concern, but homebuyers are regaining some control which has been long overdue,” Bailey said.

Homebuyers may have slightly more inventory to choose from, but prices — you guessed it — are still climbing.

How fast are homes selling? Across the US, homes spent an average of 23 days on the market in May. They sold three days faster last month, but also two days faster than they were selling in May of last year.