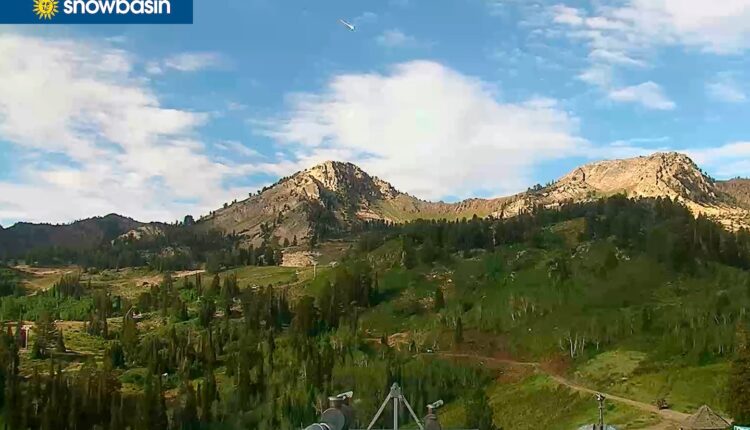 When a thunderous boom was heard across the Salt Lake City area over the weekend, it confused residents. Was the seemingly inexplicable noise an earthquake or construction noise? Perhaps it was military testing or something from space?

After hearing the explosion while out on a Saturday morning run, Utah Gov. Spencer Cox (R) tweeted that all signs pointed to a meteor.

Multiple doorbell cameras captured audio of the boom, which was heard in northern Utah and southern Idaho. Then there was a mystery to solve: Cox had said the cause of the boom was not an earthquake, something which the University of Utah independently confirmed, or related to any military testing, as had been the case in a similar incident in April.

The National Weather Service’s Salt Lake City office found itself playing detective, using satellite data from the Geostationary Operational Environmental Satellite (GOES) system to scan the skies above Salt Lake City. They looked for lightning flashes, though lightning wasn’t really what they were looking for.

Bolstering the meteor theory for this morning’s #boom in #Utah, the two reddish pixels shown over Davis and Morgan counties are from the GOES-17 Lightning Mapper, but not associated with evidence of thunderstorm activity in satellite or radar. Likely the meteor trail/flash #utwx pic.twitter.com/qRO2Rsfca7

As it turns out, the powerful GOES satellite can also pick up bright flashes emitted by exploding meteors.

Sure enough, the satellite picked up two instances of bright flashes on Saturday morning. The flashes did not appear to be consistent with any thunderstorm activity in the area, meaning it was more than likely that the satellite had picked up on a passing meteor.

Ultimately, video evidence from Utah’s Snowbasin ski resort provided all but absolute proof that Saturday’s boom was caused by a meteor. A few cameras managed to capture a fireball, which is a larger than normal meteor, flying over Utah’s scenic skies that same morning.

Saturday’s meteor passed over Utah just past the peak of the Perseid meteor shower, though it is unclear whether the meteor was a part of that event — which is caused by visible debris from the Swift-Tuttle comet — or whether the two events just happened to align

The Perseid meteor shower has many colors of shooting stars. There’s a reason for that.

The Saturday boom is hardly the first time a mysterious explosion has caused widespread confusion.

Last September, NBCWashington reported that dozens of people called 911 after a mysterious loud boom was heard in the Shenandoah Valley. It was initially unclear would could have caused a loud boom on the ground.

According to local reports, area meteorologists used lightning-tracking satellite technology to confirm that the boom was most likely caused by a meteor. A handful of sightings, including from a pilot who spotted the meteor tracking relatively low in the atmosphere, also helped astronomers from NASA confirm that the incident was an exploding meteor.

Some Reddit users digging into Saturday’s noise suggested the meteor’s passage may have been predicted decades ago.

On Aug. 10, 1972, a meteor that came to be known as the “Great Daylight Fireball” entered the atmosphere over Utah and traveled hundreds of miles into Canada before reentering space. Stunning photos of the fireball show it streaking over the Grand Tetons.

The #GreatDaylightFireball☄️entered Earth’s atmosphere at a very shallow angle and didn’t lose sufficient energy to be captured by Earth’s gravity and fall to the ground. It is thought the #asteroid had a diameter of ~10m. It hasn’t been seen since.

Some astronomers theorized that the asteroid that caused the fireball was on a roughly 25-year resonance, meaning that it would pass through the area in 1997 and again in 2022, according to a prediction from Austrian astronomer Zdenek Ceplecha.

Scientists have expressed skepticism about such a 2022 appearance, and nothing notable was observed in 1997.

“I think it’s very unlikely that this was the same object but it’s fun to entertain the possibility,” said Mark Boslough, a physicist at Los Alamos National Laboratory in New Mexico, in an email.

Boslough wrote that scientists should be able to map out a trajectory for Saturday’s fireball to determine if the events are linked.

“I do not expect it to match The Post-1972 orbit of the Great Daylight Fireball, but it would be a fantastic event if it did,” he said. “Even in that case, there would not have been any reason to expect it to have entered the atmosphere over Utah again, since the Earth’s spin is not synchronized with its orbit or the orbit of any asteroid. Coincidences do happen.”

Jason Samenow contributed to this report.