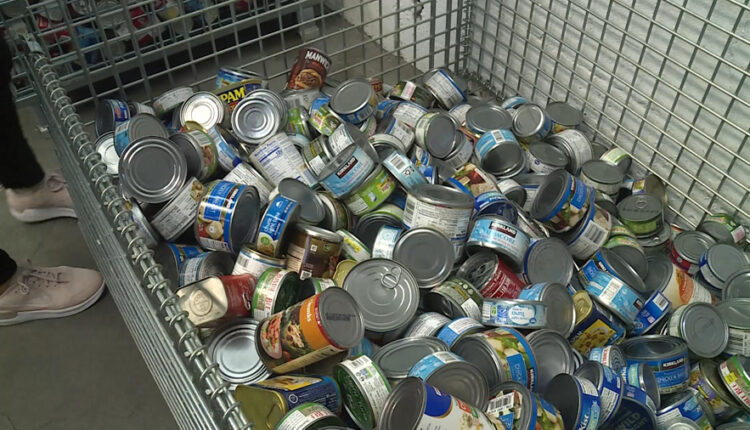 Inflation increasing need for food assistance in Utah ahead of holidays

SALT LAKE CITY – The Utah Food Bank is expecting what could be the highest holiday demand ever for food assistance.

“This holiday season is shaping up to be drastically different for Utah Food Bank than any others in recent memory given the current economic climate,” Utah Food Bank President and CEO Ginette Bott said in a press release earlier this month.

Bott said not only has the need for food increased but it’s also coming from families who have never faced food insecurity before.

“People whose budgets really have been stretched as far as they can go are now looking to us for assistance,” She said. “It’s a tough first step for families to take.”

Tabitha’s Way Local Food Pantry in Utah County said during the week before Thanksgiving that its American Fork location set a record for the number of people who stopped by for food. (KSL TV)

Stubborn inflation has resulted in families paying more for almost everything, Bott explained. The higher prices are forcing families to make difficult decisions about their budgets.

In addition to inflation, Bott said families are facing uncertainty about the economy and supply chains surrounding food. Also, it’s costing the Utah Food Bank more to distribute food around the state.

The food bank said it saw a large increase in demand for food assistance during the pandemic and the demand has stuck around due to inflation. During the last fiscal year, the organization provided 67.3 million pounds of food, which equals 56.1 million meals.

“Almost every pantry we serve—and there are 230 of them in the state—are telling us they’re in need of more food,” Bott said. “That tells us that the problem is far reaching.”

One of those food pantries is Tabitha’s Way Local Food Pantry in Utah County, which tells KSL that during the week before Thanksgiving its American Fork pantry set a record for the number of people who stopped by for food.

The Utah Food Bank’s annual Holiday Food and Fund Drive is currently underway and runs through Jan. 15. Utahns can support the drive by making a donation of food or money or by hosting their own food or fund drive.

Click here to learn more about the Holiday Food and Fund Drive.