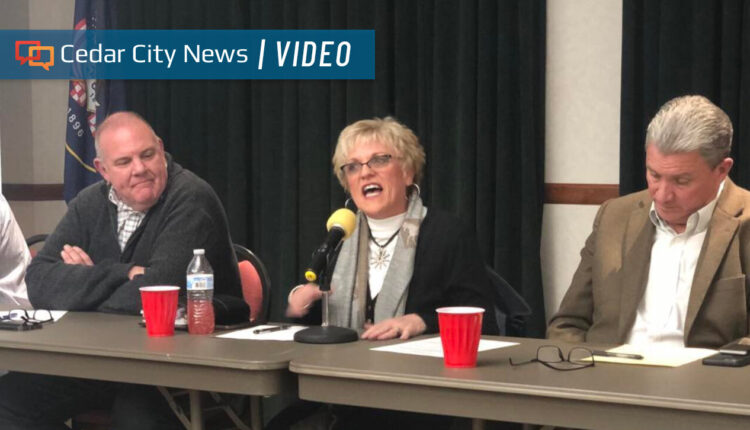 CEDAR CITY — The Iron County Commission has been moving closer to selecting a site for a new county jail and may decide as early as this coming Monday, following a public hearing scheduled at 10 am at the commission chambers in Parowan.

Following an informational town hall meeting that attracted an estimated crowd of 300 people on the SUU campus on Feb. 8, the commission then held a public hearing on the issue Feb. 22 at Festival Hall in Cedar City.

At that latter gathering, which attracted an estimated 75 attendees, the majority of the commenters said they favored the site known by the nickname “Automall.”

That site, so named because it was once envisioned as the future home of multiple car dealerships, is located just east of the I-15 interchange at Exit 62 in the northern part of Cedar City, not far from the existing jail.

“I thought that the landfill would be the best spot because the county already owns the land, and get it away from town,” one commenter said. “But after the last meeting and learning about all the issues, I’m satisfied that the Automall site is the best. I’ve lived here under four different sheriffs, and every one of them has kept our community safe in that jail. So I’m not worried about safety. I think we need to go with Automall.”

Besides the Automall site and the one near the county landfill west of Cedar City, the other two options under consideration are one in the northern part of Enoch and another in an industrial-zoned area just north of the Smead paper products plant in Cedar City. 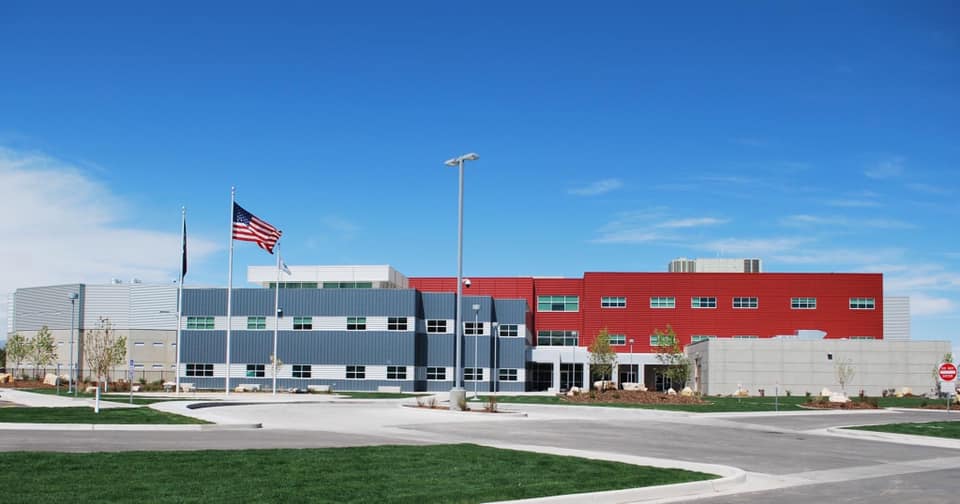 Another commenter at the Feb. 22 public hearing, Stephanie Hill, made reference to Iron County Sheriff Ken Carpenter’s previously stated preference for the Automall site, saying, “If our duly elected sheriff, our representative, … can without question, say that it’s the car mall. I think we probably ought to listen to him.”

Other topics addressed during the meeting included issues related to funding, noise, lighting, safety and other impacts on nearby properties.

Regarding safety, Carpenter said, “If I felt like putting the jail in a specific location was putting the community at risk, I would never do it.”

Carpenter also noted that once inmates have finished serving their time, they are able to go back into their own home communities like any other resident.

They have paid their debt to society as ordered by a court and have been released from the facility and are free to go any place in the nation that they want,” Carpenter said, “What you have to keep that in mind is that, once they’re released from jail, they’re no longer an inmate and we cannot treat them as a criminal any longer.” 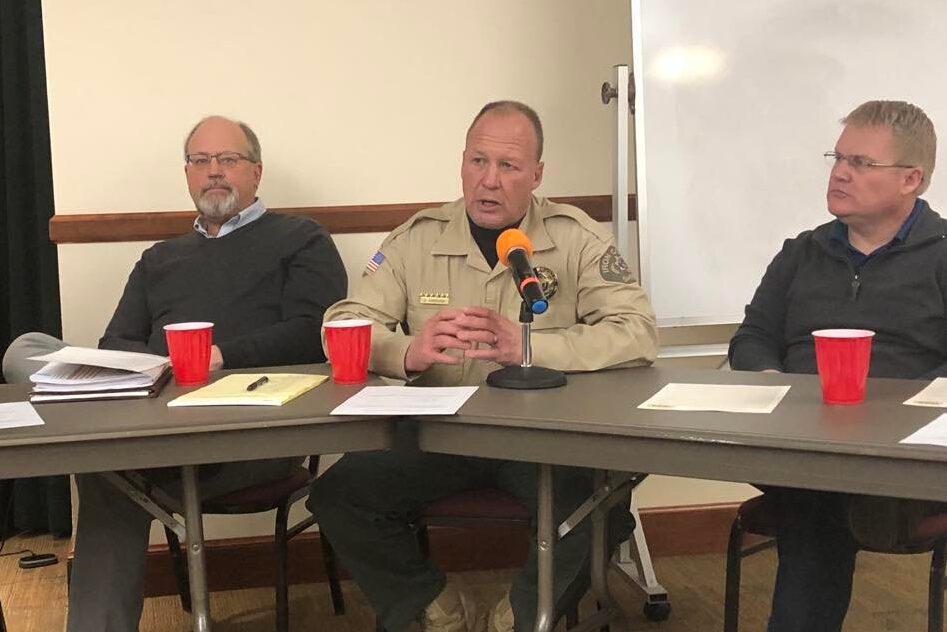 Along those lines, County Commissioner Paul Cozzens said that years ago he took a chance at employing a paroled convict at his cabinet shop, and said the man turned out to be “one of the best employees we’ve ever hired.”

“These are correctional facilities, where people pay their time,” he said. “They pay their debt to society. They’re released. Yeah, there’s some bad people who get released. But I think generally we need to accept these people back in our communities.”

“We need to give people a second chance in life, and sometimes we’re the ones that benefit from them,” Cozzens added.

Also discussed was the optimal size and scope of the proposed correctional facility, along with projected cost estimates for the various options.

“I don’t support billing two pods. I support building one for now,” Cozzens said, asking county auditor Dan Jessen to clarify whether a second pod might be needed 20-30 years out, based on current population growth projections

“We’re growing like crazy right now,” Jessen said in response. “It’s been a real hard discussion. Our sheriff and our jail staff are nervous about building only one pod. Our commission are nervous about building too big of a facility that’s too expensive. And they’re both valid concerns. So we’re trying to find the right middle ground that we can thread that needle that is affordable, and it has some future plans.” 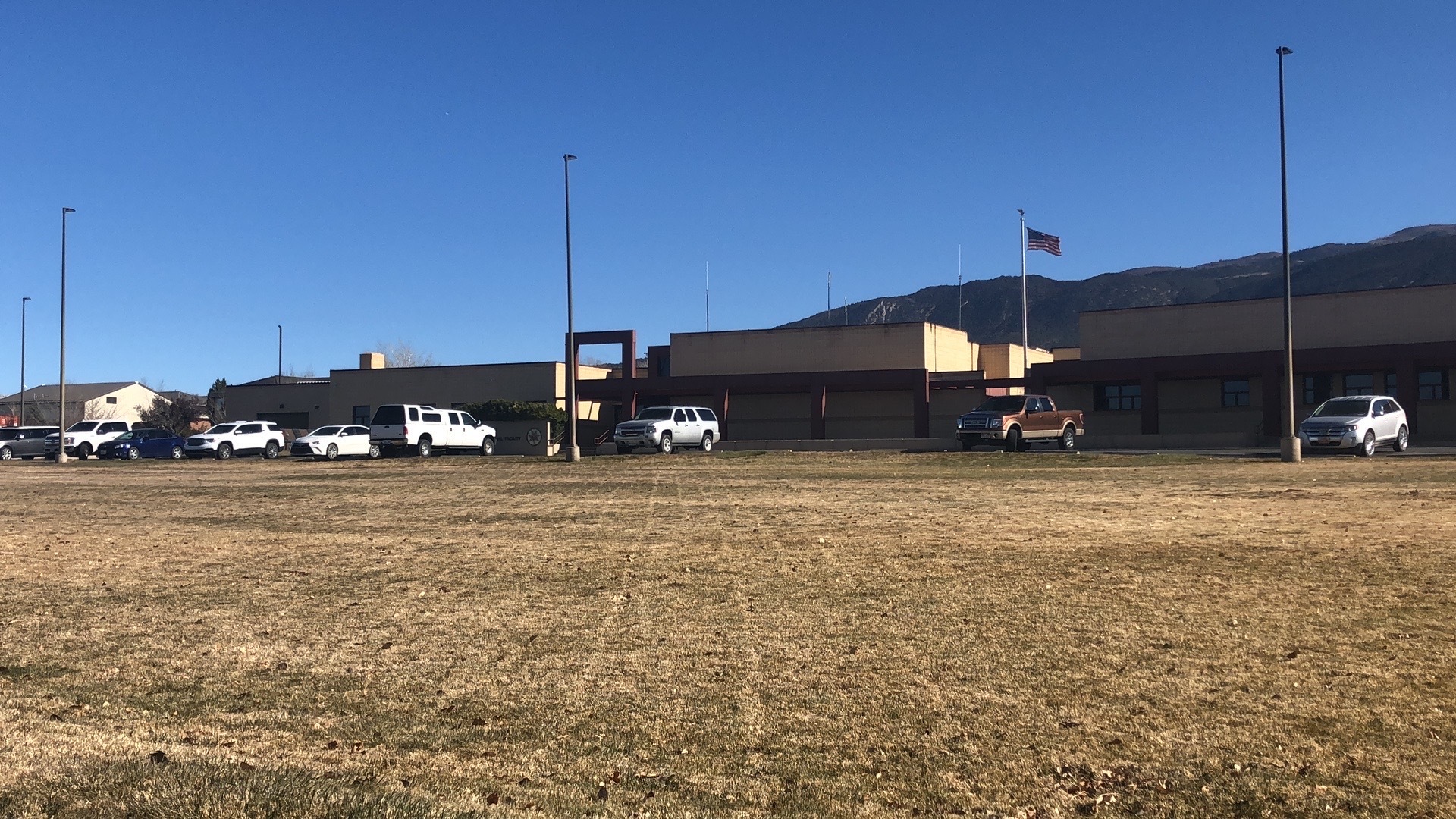 “In my projections, I show that from the county’s own needs, about 30 years out, we’re going to have to completely fill the pod with only county inmates,” Jessen added. “But that may be wrong. That may be off by 10-15 years, if we keep growing like we’re growing right now.”

Iron County Clerk Jonathan Whittaker said Monday’s upcoming commission meeting will give members of the public one more chance to comment before the commissioners make a decision, “perhaps not only on location, but scope.”

“The March 14 meeting will be an opportunity for the commissioners to discuss and decide during that meeting, which site, if there’s a consensus,” Whittaker said. “So that’s the process, and it has to be done in an open and public way.”

“This is going to be a really hard decision for all of us,” she said. “I mean, we’ve taken all the input, of course, from our staff and we’ve looked at a lot of jails … throughout the state. But just remember, please remember that what our decision is, is for the good of the whole county, not one person, not for the other person. It’s for the whole county. And that makes it a really hard decision. But that’s what our job is and that’s what we’ve been elected to do.”

Jeff Richards, a native of Salt Lake City with family roots in Panguitch, lived in Moab for 20 years before joining St. George News in 2017. Jeff is a longtime journalist and secondary school teacher. He and his wife Penny are the parents of five daughters. They also have two young grandsons. Jeff and his family enjoy swimming, camping, sightseeing, reading, and taking pictures.