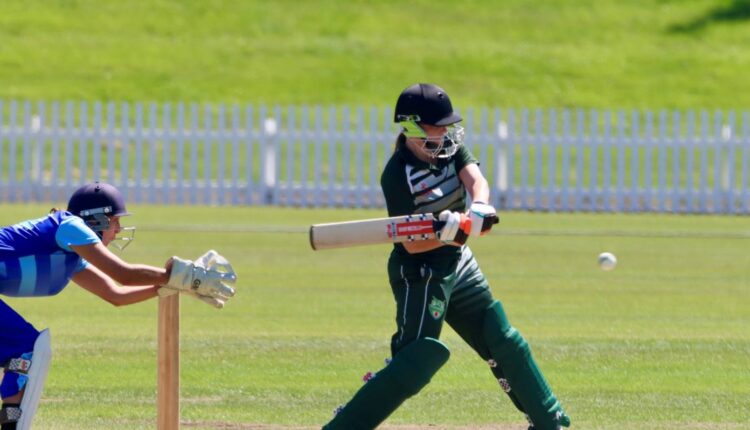 Jessica Ogden, here batting for Manawatū against Nelson last season, is in line for a potential Central Hinds debut this weekend.

CRICKET: There’s a potential Central Hinds debut on the cards as the team flies to Dunedin for round three of 2022-23 Hallyburton Johnstone Shield one-day competition against Otago on Saturday.

Manawatū youngster Jessica Ogden comes into the Hinds squad for the first time, and is the only change from the team’s winning opening weekend.

Hinds Coach Jamie Watkins said: “Jess has been a consistent performer over the past few seasons for Manawatū and comes in after a successful CD under-19 campaign in the title winning team of 2020.

“With such a strong bowling group in the Hinds setup, it has been tough for her to break in, so we are really excited that she now gets a chance to join the squad.

“We’re confident that if Jess is selected in the playing XI [on Saturday] she will make an impact with her ability to swing the ball with accuracy.”

The 20-year-old pace right-armer from Palmerston North gets her opportunity with strike bowler Rosemary Mair unavailable for the match, while top order batter Emily Cunningham is still out with a calf niggle sustained in the lead-up to last weekend.

The Hinds are unbeaten after the first two rounds, after a convincing six-wicket win over the Auckland Hearts at Pukekura Park last Saturday.

The experienced team hit the ground running, before a washout prevented a repeat dose on Sunday.

The Hinds were sharp in the field, sticking most of their catches and chasing hard on a slow outfield with the showstopper a pinpoint throw from White Ferns star Hannah Rowe from the deep square boundary to run out the dangerous and quick Katie Perkins.

Rowe was also center stage with the bat, bringing the win home with a run-a-ball 30 not out in an unbroken 48-run fifth wicket stand with captain Natalie Dodd (32 not out off 36 balls).