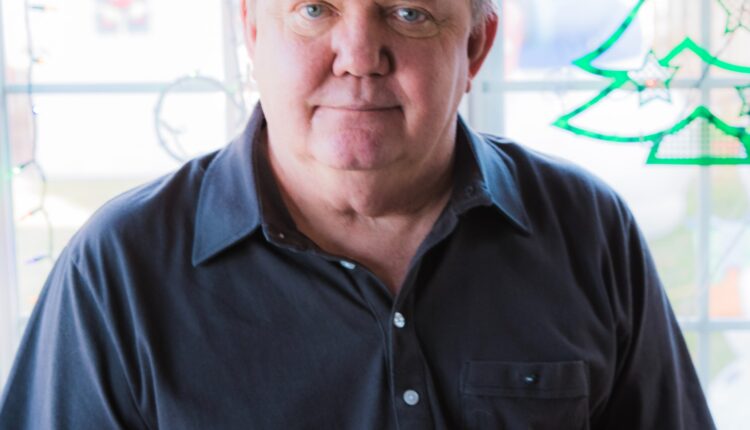 Jimmy was born to Eugene and Shirley Gipson, in Ogden, Utah, on November 17, 1957. He lived in Davis and Weber counties his entire life. He worked at Hill Air Force Base for 35 years, many of them at the base hospital/clinic, retiring in November 2021 after his health started to

Jimmy loved the Dallas Cowboys, especially the old teams from the 70s and 80s. He was an avid Utah Jazz fan, going to a few games a year and always watched them on TV. He wasn’t the fan. that shouted at the TV, but he intently watched and could discuss football and basketball for

He had a soft spot in his heart for dogs, and had many throughout life, always looking out. for shelter dogs and those in need. He had a mix of dogs, anything from highly trained Border Collies that listened to his every command to lovable misfits that just needed to sit on his lap

and get attention. He wasn’t picky when it came to dogs and the amount of love he could share with them.

Throughout the years he enjoyed cruising all over the world with family. His most recent, and favorite cruise was to Alaska. He cruised Europe a few years ago and was able to see more countries then he had ever been to before.

Jimmy loved to go camping in Flaming Gorge and the Uintas. When he was younger, he could sit on a rock and fish for hours. Later in life he found a love for boating on the same waters he used to fish. He had a blast towing people in the tube or just taking a nice slow cruise across a

Jimmy always had an immaculate yard and liked it to look like a park. He had his lawn tractor. to mow the lawn during the summer and converted to a snow blower in the winter. He enjoyed assisting neighbors remove snow from their driveways and sidewalks.

He was a homebody who never wanted to be the center of attention. Jimmy enjoyed his Corvettes and Mercedes made the best mashed potatoes and a very mean omelet. Jimmy had his “bubble,” and he protected and loved anyone in it fiercely.

The thing Jimmy loved most was being a Grampy. His grandkids meant the world to him. They made him smile and laugh more than anything else. He had nicknames for each of them, and always used those names when talking about them. Grampy loved spoiling and spending time.

with his grandchildren, often ordering food delivery and chatting at the kitchen table for hours.

daughter from a previous marriage that he loved dearly. He was preceded in death by his parents and sister.

In lieu of flowers, the family requests donations to the ASPCA or Make a Wish Foundation.

Following the service a meal and open house will be provided. Friends and family are encouraged to attend to enjoy some food and share their well wishes.

Watch: Anti-Abortion Activists Rally in DC in a Watershed Moment for Their Movement