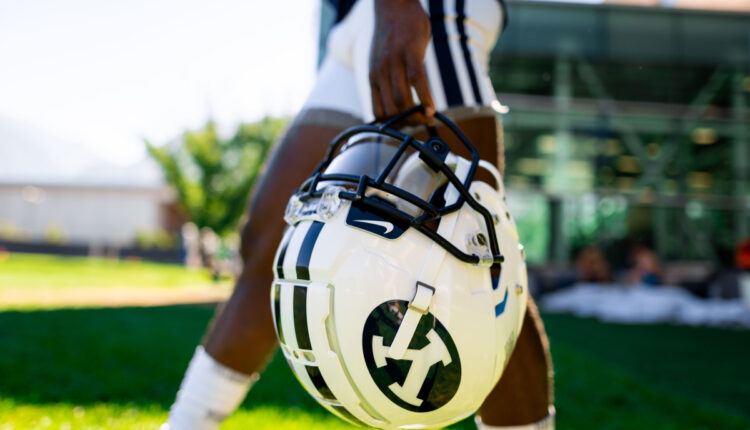 On Saturday, JUCO defensive back transfer Mory Bamba announced that he had arrived at BYU. Bamba committed to the Cougars in June over a competing offer from Utah State and multiple inquiring P5 schools like Auburn. Bamba was not included on the Fall camp roster while he cleared the last hurdles to get to BYU, but he is expected to be on BYU’s roster this Fall. That’s not atypical for JUCO transfers – it typically takes a little bit longer to get JUCO players squared away and ready to participate.

Bamba, who is listed at 6’3, 190 pounds, has three years of eligibility remaining and he is eligible to play this season.

Bamba provides immediate depth to the cornerbacks and, most importantly, he will be counted on in the future when will be on the roster as BYU goes into the Big 12 and after seniors like D’Angelo Mandell and Kaleb Hayes graduate.

Bamba has a very high ceiling. He has great length at 6’3, and he recently ran a 4.34 forty-yard dash at a Tyler Junior College camp.

You can read more about Bamba’s path to Provo below.

After Bamba’s first year in the program, BYU will join the Big 12. BYU’s Big 12 affiliation played a role in Bamba’s decision. “That has always been my dream,” Bamba said of the opportunity to play in a Power Five conference in an earlier interview. “I always wanted to go Power Five, so that was my goal from the start. I got the size, the speed, the mentality, and the work ethic for it. So you know, I’m excited and ready for it.”

During his prep days in Wisconsin, Bamba was a dual-sport athlete. He played as an undersized defensive back for the football team, and he also ran track which was his primary focus. At the start of his senior football season, he weighed only 130 pounds and measured between 5’11 and 6’0. Bamba’s size and situation (playing in a state where few teams threw the football) limited his recruiting opportunities in football, so he went to a Division III school to run track.

“I was always a track and field guy,” Bamba said on his high school days. “Then I hit a late growth spurt.” After his senior year of high school, Bamba grew to be 6’3 while maintaining his speed. Eventually, Mory opted to move on from track and give football another try. Bamba found an opportunity at ASA College.

Bamba worked his way into the rotation at ASA College during the 2021 season. “Fall season of 2021, that’s when I started to see the field more and everything just came together…I just got thrown into a game against Iowa Western…that’s when the journey began. I went in and started making plays. “

Following the 2021 season, Bamba started looking for another junior college to give himself the best opportunity to be recruited. He got in touch with Tyler Junior College in Texas. He was invited to a conditioning camp in March where he showcased his athletic abilities. At Tyler JC, Bamba was clocked running a 4.34 forty-yard dash. Once he showcased his physical abilities, he started practicing with the football team.

In late April, the Tyler Junior College football program hired former BYU defensive back Tanner Jacobson as its head coach. Jacobson played a role in connecting Bamba and BYU. “I’d say yeah, that was a huge part of that,” Bamba said on the role Jacobson played in getting him in touch with BYU. “I had a great relationship with coach Jacobson right when he came in,” Bamba said, “He had nothing but great things to tell me about BYU.”

Bamba started to attract the attention of college coaches earlier this year. Eventually BYU cornerbacks coach Jernaro Gilford offered Bamba a scholarship at BYU. Bamba held competing offers from Austin Peay and The University of Incarnate Word at the time, but BYU was the first FBS school to give Bamba an opportunity. Utah State followed suit and offered Bamba a few days later.

Bamba officially visited Utah State and BYU. Days after his BYU visit, he committed to the Cougars.

Baseball legend Jim Hanley passes at the age of 90