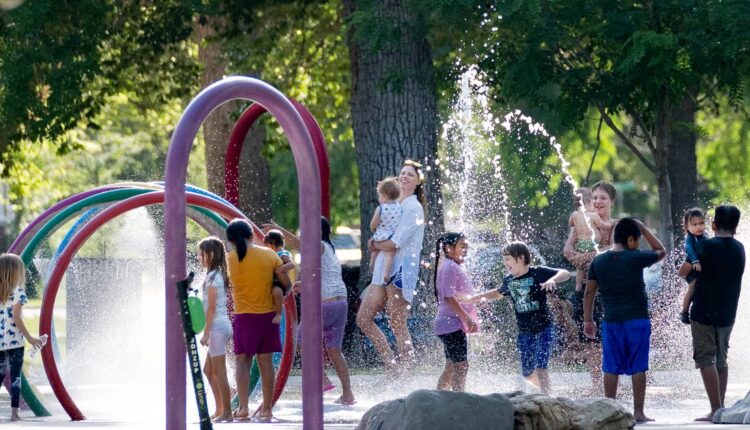 Welcome to the new “normal” that has just been raised 2.4 degrees

Congratulations Salt Lake City, you just got through the hottest month ever.

According to weather data collected at Salt Lake City International Airport, the average temperature in July was 85.7 degrees or 4.6 degrees above “normal,” according to meteorologist Christine Kruse of the National Weather Service.

“In July we had 11 days above 100 degrees. If you have 11 days in a month that are 100 degrees or more, you raise that average temperature quite a bit, ”Kruse said. But it was the high temperatures that drove July into the record books.

“We had 26 days our minimum temperature was 70 or more, which set the 2013 record for the month of July. It is the higher one [minimums], but we also saw a contribution from these very, very hot maximum temperatures. “

The average temperature is calculated from the minimum and maximum values ​​measured at the airport. The statewide temperature data has yet to be processed, so it’s premature to say whether July was a record for Utah.

Another worrying sign of global warming in Utah, the Meteorological Service redefined the “normal” for Salt Lake City this year, increasing it by 2.4 degrees. The normal benchmark is determined every ten years based on averages over the past 30 years. This year, Normal was recalibrated from 1991 to 2020 and, according to Kruse, rose from 78.7 to 81.1 degrees.

Last month’s record heat came at a time when the state was experiencing its driest year on record.

“It was quite wet in some parts of southern Utah, especially southwestern Utah,” said Kruse.

Salt Lake City fell .52 inches in July, which was about typical. However, on August 1, a monsoon triggered a deluge on the Wasatch Front, which brought welcome relief and fresh water to the depleted reservoirs after months of drought.

Despite the combination of high temperatures and, until recently, record low rainfall, the Utah forest fire season has proven to be fairly tame so far, despite predictions of epic forest fires.

While other parts of the West are again battling mega-fires, Utah has not yet seen devastating fires despite the early start of the fire season.

There was a wave of major fires in early June, most notably the Pack Creek Fire near Moab, but Utah has been relatively calm over the past month.

Most of the recent fires were natural in origin, in contrast to the man-made fire epidemic last year. The decline in man-made fires could suggest that Utah public information campaigns are having an impact on reducing the risk of fire.

So far, about 60,000 acres have been burned in Utah. Oregon and California saw such levels of burns in a single day this year.

The recent rains in Utah are expected to reduce the potential for wildfires.

“In most areas of Utah, especially in the mountains, it rains in all of these areas during the monsoons [prone to burning] and that increases the soil moisture, increases the fuel moisture and reduces the likelihood of a large area fire, ”said Kruse. “You can feel that it is damp again today, at least for Utah. That slows down the drying out of these fuels, even when it’s not raining. “

Still, there is at least another month left in Utah’s fire season. In recent years, some of Utah’s biggest fires started in late August, such as East Fork in 2020 and Pole Creek in 2018.