Our beloved Wells Kade Williams passed away September 13, 2022. He was born October 5, 1973, in Ogden, Utah, to Verde “Ace” Pollock Williams and Maydell Hunter Williams, the seventh of their eight children.

Kade grew up in Layton, Utah, and attended Layton High School. He spent endless hours playing “army,” often coming home covered in poison oak. Skateboarding, BMXing, and straight edge counterculture were hallmarks of his formative years. During this time, he discovered many of the punk rock and metal bands that shaped the rest of his life. He loved Black Flag, Danzig-era Misfits, Motörhead, Ramones, The Doors, and The Clash. The music of his youth influenced him so deeply that he became known for his “music snobbery.”

From December 1992-1994, Kade served in the Tempe, Arizona Mission for the Church of Jesus Christ of Latter Day Saints. He loved his mission and constantly told stories about Brother Ray and “The Rez.”

He earned a bachelor’s degree in Communications from Southern Utah University. Living in Cedar City initiated his passion for red rock country. Backpacking, hiking, dirt biking with his brother Kelly, snowboarding, and camping became regular excursions through the years and he made countless memories with friends, family, and his children from Kanarraville, to Moab, to Monument Valley.

In 1995, he married Terra Bruce. Together they had three children, Lauren Jean, Chandler Kade, and Brixton Joel; they later divorced.

Kade was truly an exceptional father. His children were his life and number one priority and he put them before anyone and everything. More often than not, as teens, they would choose to spend time with him over their friends. He always wanted them to have adventures together. They would load up the “Rat Rocket” and hit the road, listening to classic CDs like Misfits and CCR while they drove to Southern Utah. They explored endless destinations, but most importantly, they were together.

In 2015, Kade proposed to Jill Hansen in the most “Kade” way possible: at a Motörhead concert. They eloped and married on Ke’e Beach, Kauai in 2017. He gained two step-daughters in his marriage, Tiff Gibson Smith and Sophie Hansen.

Kade worked as a special education teacher at Buffalo Point Elementary. The students he worked with adored “Mr. Williams” and loved going to his class.

He always had a love for history and accounts of war and would annually call friends and family to wish them a “Happy D-Day”.

Kade was a bright light in a very dark world. He was the funniest, most irreverent, over-the-top, and unique soul. His sincerity created genuine connections with others. He gave out candid compliments constantly and continuously cheered for you in whatever you were doing. Kade shared his love with others unconditionally and was always honest. You could ask his advice and know he had your best interest at heart.

A human art gallery, Kade got his first of many tattoos at 17. He curated his collection over the years, covering Straight Edge Calvin with a Ratz Eyez head stone under a dead tree and adding Lot’s wife as a pillar of salt, Diogenes the Cynic , the Native American Maiden (Apache), and countless others—each with its own story.

He adored spending time with his kids, nieces, and nephews and often spent Sundays with family playing games and watching movies. He trash talked and cheated his way to winning just about every game. His kids loved movie nights most of all. He hosted the best sleepovers with viewings of cult classics, like The Thing and Jaws. It wasn’t unusual for them to stay up all night playing Axis and Allies or Call of Duty. The Little Caesars pizza was endless on the weekends, and there was always a pickup game of football in the front yard.

Kade was well known for his punk rock style. So, for services, we invite you to wear your favorite Vans, Levi’s, velvet blazer, or punk rock tee in his honor.

Interment will be Tuesday, September 20, 2022 at the Kanarraville Cemetery. 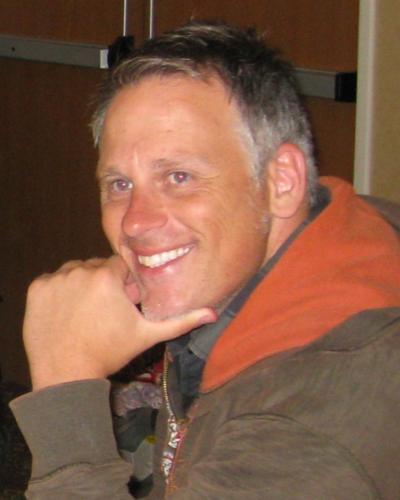 Green Groups Rally Against ‘Filthy Oil Train’ in Western US