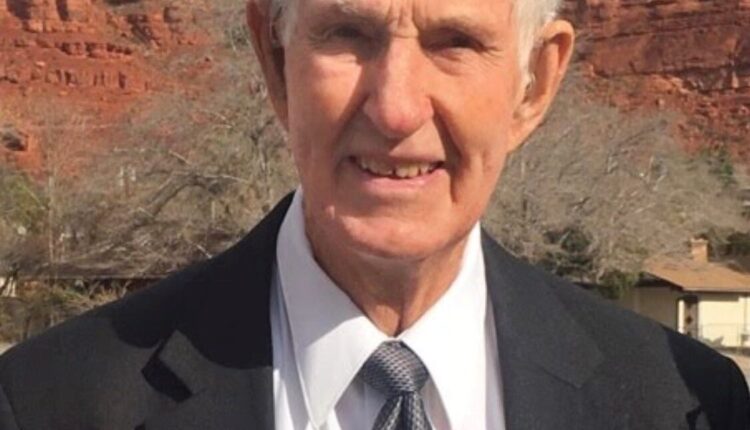 Lewis James Brown, 92, died on October 27, 2021 in St. George, Utah. He was born on April 6, 1929 in Mt. Trumbull, Arizona, to Arthur Alexander Brown and Cora Etta Van Leuven. He met Betty Ruth Owens in St. George, Utah, and they were married on July 7, 1950 in the St. George Temple of Latter-day Saints Church of Jesus Christ.

Lewis lived in Mt. Trumbull, Arizona until the very end of his family move to Hurricane, Utah, at the age of 7. He served in many Church callings, but the one he loved most was working with the youth as a Varsity Scout Trainer. Lewis and Betty served on missions at Cove Fort, Utah.

He was an accomplished bricklayer and enjoyed being a pilot. He took part in church, city and university sports, directed and directed them. He won the 2013 World Horseshoe Pitching Championship in his division and was inducted into the Utah Horseshoe Pitchers Hall of Fame in 2016. 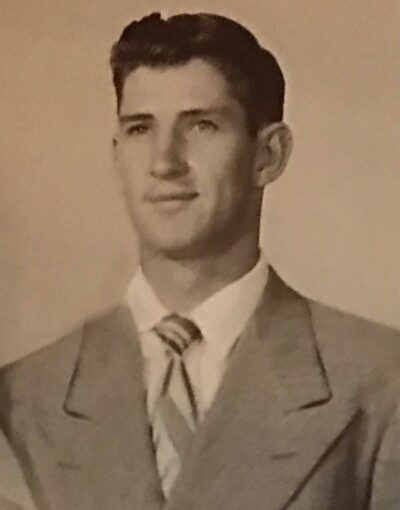 Lewis was larger than life. You could trust your word and your handshake. He would give the shirt off a stranger’s back. He never held a grudge against anyone and everyone was welcome in his home, where there was a bed and a meal for everyone!

We imagine he is collecting wood and making a crackling fire with all his friends and relatives who have been to a beautiful mountain before, hitting horseshoes or dropping a fishing line to catch a mountain trout. He loved his family dearly and was never happier than playing games like Rummikub or Farkle with them.

In death he went to his loving wife Betty Ruth Owens, his parents and siblings Pearl Stout (Lavon), Dorothy Smith (Glenn), Mildred Thacke (Dan), Don Brown (Elsie), Gene Brown (Esther), Sidney. ahead of Brown and all of his friends … he was literally the last man standing.

The family thanks the staff at Encompass Health for their kind support in our need.

Friends and family are invited to sign Lewis’ guestbook www.spilsburymortuary.com.