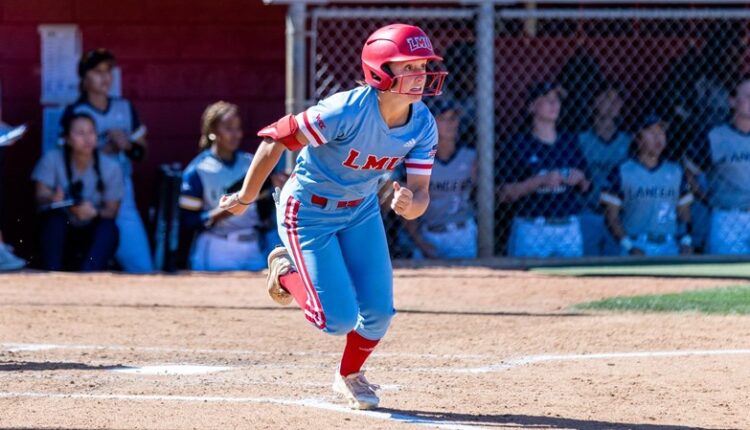 The Lions had a tough time getting points on the board in game one, as had plenty of opportunities to produce runs. Morgan DeBord tallied the first hit for LMU hitting a single to the shortstop, beating out the throw. However, the Lions would not be able to produce any runs out of it.

The Lions produced four hits in the first three innings, fighting against the Cougars defense to make something happen. Jenna Perez held the Cougars to just one hit and one run in the first four innings of the game.

Headed into the top of the fifth inning, LMU was able to get another hit from Alyssa Daniell to down third base line, but the Lions would leave two on base in the end.

The Cougars would have another big inning in the bottom of the fifth, with the lead still 1-0. They hit a line drive RBI single up the middle to score the second run of the game.

Blair would give the Lions another opportunity with two outs in the top of the sixth inning, hitting a single to right field again. The Lions just weren’t in position to make a run out of the single.

With the score 2-0 in the bottom of the sixth, the Cougars would pull away with would become a game-winning 2 RBI home run to make the score, 4-0, holding the Lions off for the win.

The Lions finished the game with six total hits to the Cougars, four hits. Georgia Blair and Alyssa Daniell both went 2 for 3 at the plate in Game 1.

In Game 2, the Lions got off to a great start, as standout freshman, Jasmine Sofowora, hit a 2 RBI home run to give the Lions an early 2-0 lead in the top of the second inning.

The Lions held the Cougars to no hits in the first two innings, but things would explode in the third inning.

In the top of the third inning, Morgan DeBord hit an RBI single to right field to bring in Andrea Gonzalez, which was followed by a 2 RBI single by Megan Dedrick to right field, allowing Val Pero and DeBord to score.

With the lead now 5-0, the Lions were not done as Alyssa Daniell would hit a 2 RBI double to right field also, as Jasmine Sofowora and Megan Dedrick scored the sixth and seventh runs for the Lions.

In the bottom of the third, the Cougars would respond with three runs to make the score, 7-3. The game would remain tight for the next two innings, but the Lions would make sure to keep the momentum on their side.

In the top of the sixth inning, Taylor Keinath hit an RBI single to the shortstop, giving Sofowora her third run of the game. The Cougars replied with another run in the bottom of the inning to make the score, 8-4.

LMU would hold the Cougars off in the bottom of the seventh inning to seal the split.

The Lions finished the game at the plate with nine total hits, compared to the Cougars, six hits. Jasmine Sofowora hit her second career home run, finishing 3 for 3 at the plate while producing 2 RBIs and scoring three runs. Mega Dedrick went 1 for 2 at the plate nailing 2 RBIs while scoring two runs. Alyssa Daniell, Morgan DeBord, and Taylor Keinath all contributed to the Lions offensive performance.

Game 2 marked the first WCC win for the Lions in the 2022 season, as they look to take the lead in the conference with a win in Game 3 tomorrow at Gail Miller Field. The first pitch is set for 12:00pm PST.