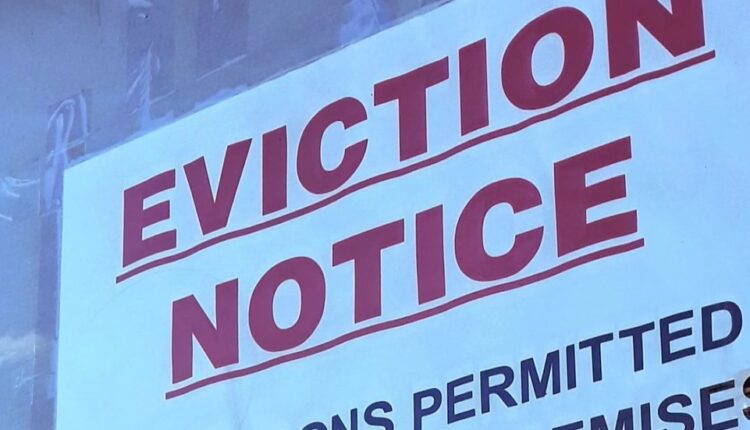 MADISON, Wisconsin (WMTV) – The state eviction freeze is set to expire at midnight on July 31, nearly a year after the CDC imposed the moratorium. 3.6 million Americans are at risk of eviction, according to the US Census Bureau.

In Wisconsin, nearly 14,000 people fear they could be displaced within the next two months. One Madison organization has more than tripled in the past five days and there isn’t enough money to help everyone.

“On Monday, [we] We had 13 requests and to date we have 48, ”said Jazzman Brown, Founder and CEO of Feeding the Youth.

Brown said she usually gets five to ten inquiries a month. Most of those 48 only came last week.

“Many of those affected will be families with children,” she said.

These calls for help come as a yearlong freeze on evictions at the federal level, putting these families at risk of losing their homes.

“Most of the people who have reached out to us are not a year and a half behind, but three or four months because something happened,” said Brown.

She said many of these families were already struggling, but the effects of COVID-19 such as job loss and school closings forced them to choose between rent and other needs.

“My kids needed formula and shoes at the same time,” Brown said as an example.

With the end of the moratorium, Brown worries about an increase in homelessness.

“Most of these people will live on the street or in their car or on a friend’s couch,” she said.

Other Madison organizations are also trying to provide rental assistance to households in need.

In partnership with the City of Madison, Mt. Zion uses city and federal funds to provide rental assistance to Madison residents. Ogden said they saw more and more people every weekend as the news got out.

“Many of them who have come in have already given five-day notice, and if there were no eviction moratorium, they would already be evicted,” Ogden said.

The program allows tenants to catch up on rent and maintain loans, but it is also a way to help landlords who have lost income during the pandemic.

“The landlords also suffer,” said Ogden, explaining: “We pay the money directly to the landlord, we don’t pay it to the tenants.”

The Church has helped about 20 households, but Brown and Ogden said there are always more requests than they can handle.

“If we can get additional funding through the City of Madison, through Dane County, it would help reach as many tenants as possible,” said Ogden.

Brown added, “The hardest part is sifting through these cases and finding the saddest story.”

President Joe Biden has urged Congress to pass a law extending the moratorium, but community leaders like Brown said this was only a short-term solution. Brown said what the city needs in the long run is more housing.

Countdown to Camp No. 50-11: Evaluating the 50 individuals who will most impact the 2021 BYU football season | BYU Football