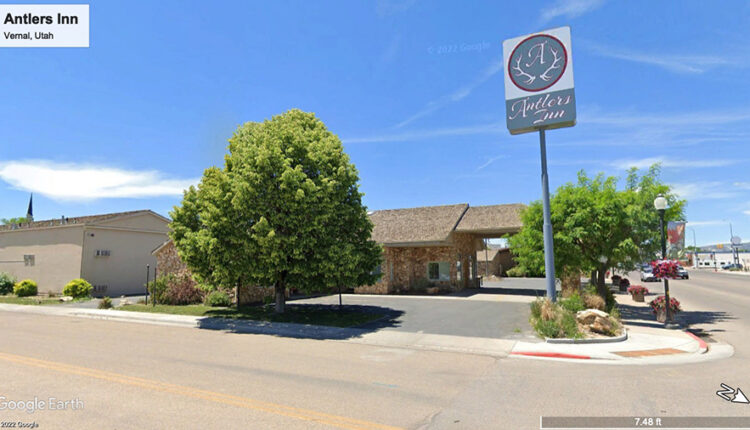 Man arrested for allegedly trying to set girlfriend on fire

VERNAL, Utah — A man is suspected of throwing a cup of gasoline on his girlfriend and attempting to light them both on fire, police said, and was arrested.

Elton Lin Wilcock, 57, was booked into the Uintah County Jail on suspicion of a felony charge of attempted homicide and misdemeanor charges of assault, electronic communication harassment, and theft on Sunday morning, according to the court documents.

Police responded to the Antlers Inn in Vernal, Utah, late Saturday night after a motel manager called about a suspicious incident in one of their rooms rented out by Wilcock.

When police arrived, they noticed a strong smell of gasoline coming from the room, along with blood on a pillow and tissues, according to the affidavit. Police also found a cup with a strong order of gasoline.

The victim told police she got into an argument with Wilcock at his home Tuesday night after learning he was contacting ex-girlfriends.

She claimed Wilcock hit the victim on the head with her cell phone, according to the affidavit. The victim showed police a lump on her forehead.

“(The victim) told him that he was not going to do that to her and she belonging collected(s) and had a friend come and get her,” the affidavit states. “She then went to stay with a family member at the Antlers Inn.”

“In one of the text messages he states: ‘If you only could understand how close we are to dieing TONIGHT OMG…” reads the affidavit. The text message was sent to the victim before the alleged attack.

On Saturday, the victim heard someone at her motel door and believed it was a family member, according to the affidavit. When she opened the door, it was Wilcock with a gas station mug full of gasoline.

“(Wilcock) threw the gasoline on her and (the victim) stated, ‘he was trying to burn me. (Wilcock) told her that they were both going to die.”

After throwing gas on the victim, Wilcock allegedly tried to grab her lighter off the nightstand to light her on fire. According to the affidavit, the two began to fight in the motel room, with Wilcock allegedly kicking her pelvis, trying to strangle her, and punching her throat, face, and ribs.

The victim also said Wilcock knocked or ripped out her dentures and stole them so she would have to get them back.

She told police she was able to kick him off her. The affidavit did not list how the fight ended or what happened afterward besides him telling her he would kill her next time. The victim did not know how Wilcock found her. She believes he either stalked her or followed someone who knew where she was.

A friend of the victim told police she helped her take a shower since she smelled like gasoline, according to the affidavit.

Documents state the victim gave the officer the clothing she wore during the incident, and he noticed blood on the front of her shirt and her pants and shirt smelling like gasoline. A deputy found and arrested Wilcock; police said he only seemed concerned with the theft charge against him.

Police said they found him with fresh bandages on his right hand and forearm. He claims that he tore some ligaments and fractured his knuckles.

“This is consistent with a text that (Wilcock) sent to (the victim) after this incident,” reads the affidavit. “In that message, he states, ‘First of all (victim) I didn’t break it nothing but my hand.'”

Wilcock admitted to police that he went to the victim’s hotel room but claimed she did not answer the door and he did not have a cup of gasoline or hurt her.

Documents show Wilcock is a convicted felon with a violent criminal history, including possessing a dangerous weapon by a restricted person.