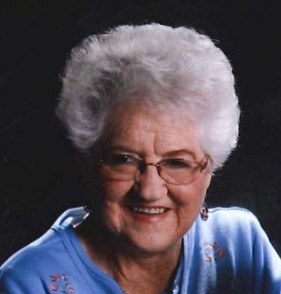 Marie grew up in the rural community of Santaquin during the Great Depression. She said: “I grew up as any child did back then, with not any luxuries and a few necessities. We did as best we could. I can remember faintly this humble home which leaked and some of the trials my mother went through to raise us in such small quarters. We were very poor, and my parents fixed up this long house, which was just a converted chicken coop, and that’s where I was born.”

She grew up on her parents’ farm with three brothers and four sisters. Her brothers left home early, so much of the farm work fell to the girls. Marie learned to work hard no matter the task, whether tending the cow as it grazed, picking raspberries or cherries, or pulling weeds. In later years, she and her husband had fruit trees, a vegetable garden and a large raspberry patch. Many people came to buy her raspberries.

She loved to sing and was very talented musically. In high school, she always sang in the annual operettas. She and her sisters often sang together for various events. Like her own mother, she loved flowers and cultivated many varieties to beautify her home and surroundings. She was also an accomplished seamstress, and many people came to her with sewing projects. Another talent was her cooking and baking. Many comments have been made over the years about “Marie’s dinner rolls” and her pies. She learned many of her baking skills while working in her brother-in-law’s bakery in Payson, Utah. She would walk the long distance from the high school down to the bakery to help out during lunch, and again after school.

In 1947 during the Pioneer Centennial, Marie was chosen as the Santaquin Centennial Queen

Marie and Gaylen lived for many years in Santaquin, Utah, then moved to Toquerville, Utah, in 1996. She was a faithful member of The Church of Jesus Christ of Latter-day Saints and served in many ward and stake callings.

She is survived by two sons Glade Lynn Peterson (Vickie), of Toquerville, and Brian Donovan Peterson (Debbie), of South Ogden, Utah. There are 13 grandchildren, 20 great-grandchildren and two great-great-grandchildren. She was preceded in death by her husband of 73 years, Gaylen, who passed just three months earlier. They are united now in the Spirit World just as they were in this life.

A viewing will be held Aug. 29, at the Toquerville meetinghouse of The Church of Jesus Christ of Latter-day Saints, 63 Toquerville Blvd., 6:30-8:30 pm Burial will take place Aug. 31 at the Spanish Fork Cemetery, 420 South 400 East, Spanish Fork, Utah, following a brief graveside service at 11 am

We are grateful to all who have blessed their life and been of service – family, friends and caregivers. We are especially grateful to the staff of the Beehive Homes in Hurricane and Marie’s Hospice nurse who did so much to care for her in her final days.

Arrangements and memorial tree planting by Serenity Funeral Home of Southern Utah, 435-986-9100. Those who knew her are invited to click here to sign Marie’s tribute page.