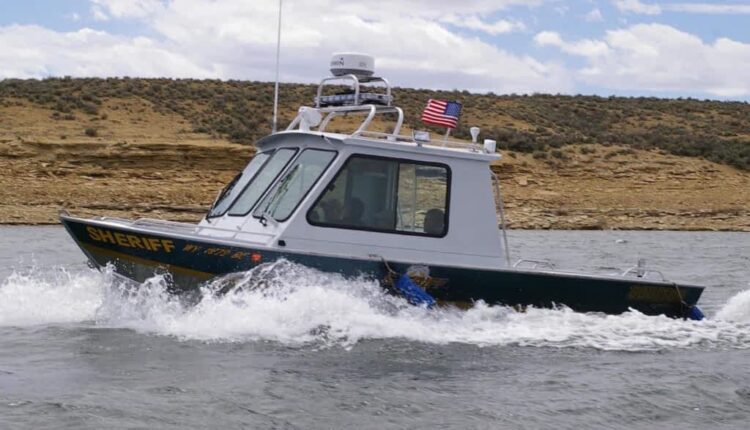 SWEETWATER COUNTY, WYO – The Naval Division of the Sweetwater Sheriff’s Office had a busy afternoon on Flaming Gorge Sunday.

There they spotted a Green River man identified as Bufford Greymountain who said he drove four children and four adults along the east bank of the gorge across from Anvil Draw. The four children, he said, went into the water to swim, but began to drift away.

At that time, he told MPs, he found he could not restart the boat, which was being pushed by the wind towards the east bank and seized up while the children drifted further out.

Fortunately, Lowell said, an unidentified boater picked up all four of the children who were unharmed and towed the disabled boat across the lake to the west side.

On the way back to Buckboard, the two MPs spotted a capsized paddle boat about two miles from the marina that was being held by two men, William Massey and Corwin Anderson, both from Uinta County, Wyoming. They told Powell and Morrell that the pedal boat they launched from South Buckboard sank in high winds and waves and they hung on it for about two hours. None of the men wore a personal floating device (PFD).

The Marine Unit transported both men and their pedal boat to Buckboard.

Lowell said no one was injured in the two mishaps.